Today's set is the collaboration between Topps and Quaker Oats in 1986.  The 33-card set was given away in packages of three in boxes of Chewy Granola Bars.  You could also send in for the complete set.

This set was kind enough to include a Cub, thank you very much... 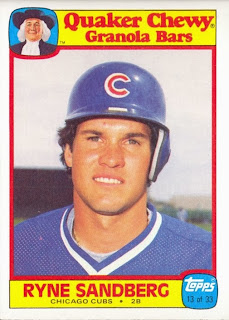 ...for giving us Ryne Sandberg.

Like the '84 Purina set, the card is noted (on the back) as the "First Annual Collector's Set." 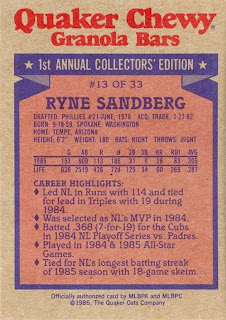 But also like the Purina set, this was the only set produced.  The star power was a little less on this one, as 18 of the 33 players ended up in the Hall of Fame.

Since Topps didn't make a box for the set, I've again had to create my own versions: 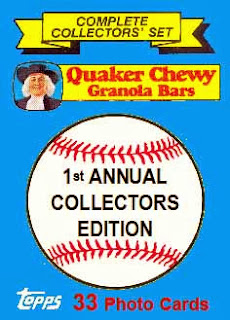 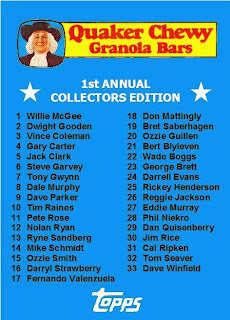