I've used Sportlots for years with little trouble.  I like their wide selection of cards and their inexpensive prices.  Shipping for one or two cards is usually much less than what you'd pay on ebay and I don't mind the PWEs.

What I do mind are sellers that lie, and that has happened to me twice over the last few orders.

When you place an order, the seller is notified by Sportlots that they have an order to fill.  The seller is to then pack the order, take it to the post office, and mark it as shipped.  They have ten days to do this.  According to Sportlots rules, if any order takes more than ten days to be shipped, the seller is booted off the site.

What has happened to me twice it that sellers are marking the orders as filled and shipped, so they meet the ten day deadline.  But in truth the orders aren't shipped on the day marked.  They are shipped much later.

I had an order of Bowman's Best cards that was marked as shipped on January 21, but two weeks later had not arrived.  I contacted the seller through Sportlots, asking for any shipping information. 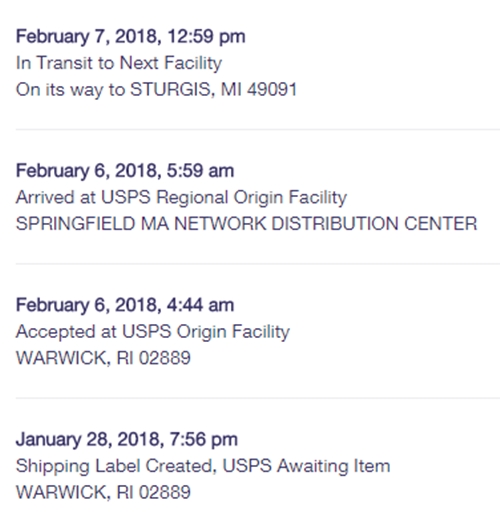 I was given USPS shipping information that showed the shipping label was created on January 28, a week after the seller marked the cards as shipped.  Even worse, the package just sat on the sellers desk until I contacted him.  After that, it finally went to the post office on February 6.  The liar seller marked as shipped on January 21 but didn't actually ship the card until February 6, well outside the ten day ship limit.

I had the same thing happen with an order for a Kris Bryant Highlight card.

The order was marked as shipped on February 4.  But it wasn't. 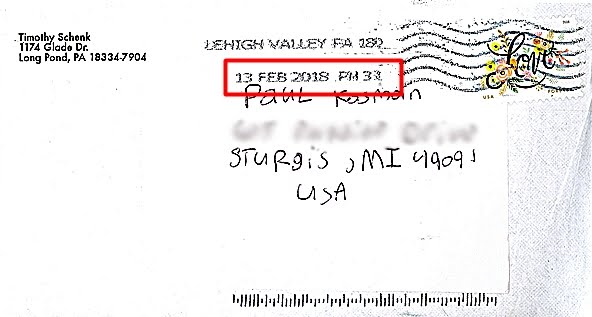 The postmark on the envelope is February 13, nine days after the seller lied and said it was shipped.

The frustrating thing is that sellers can get away with this.  There isn't a way to speak directly with anyone at Sportlots. The only way to contact them is through their message system.

You can leave feedback on the sellers, but I don't think that has any effect on them.

I'm not ready to give up on Sportlots, yet.  There are plenty of honest seller that ship when they say they do.  I just wish I could know ahead of time who they are.
Posted by Wrigley Wax at 7:00 AM