Here's an oddball set that I stumbled across while browsing the Standard Catalog. 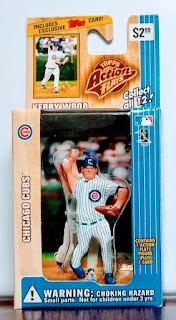 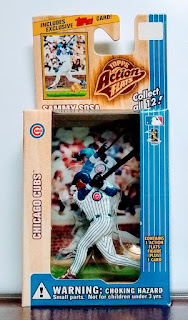 In 1999 Topps released a brand called Action Flats.  For a couple bucks you got a figure and a card.   The cards were identical to the base 1999 set but an Action Flats logo was added. 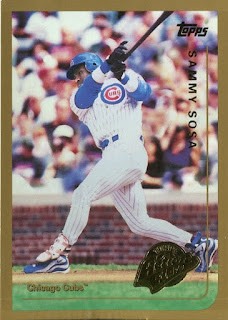 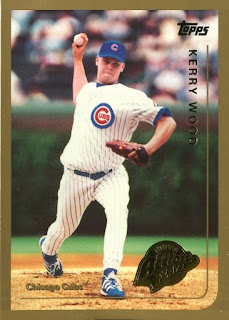 The figures were not 3D like the Starting Line Up figures.  Instead, as their name implies, 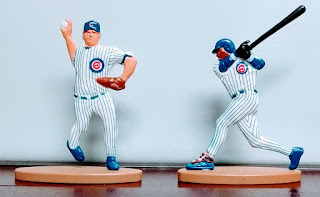 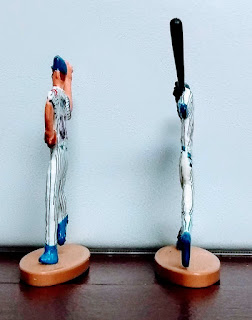 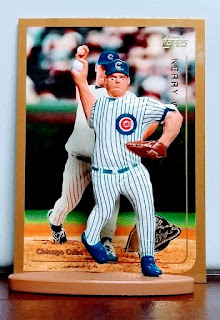 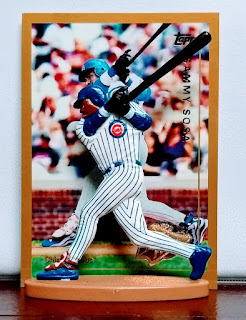 These were labeled as being from Series One, which has twelve players.  Topps never issued a Series Two, or flats in any other year.  This was a one and done.

Topps also must have made massive number of these because you can buy them on Ebay, 20 years after their release, for the same prince that they sold for originally.  Mine were two bucks each.
Posted by Wrigley Wax at 7:00 AM