Originally scheduled to be released in June, Stadium Club was pushed back into September due to the pandemic.  It's out now and I've got all of the Cubs cards.

Night Owl likes to give a name to Topps sets, based on their design.  As soon as I saw a card I had a name for 2020 Stadium Club. 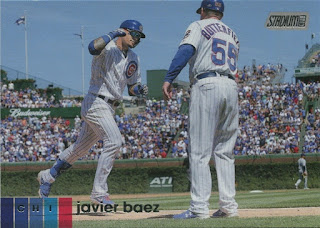 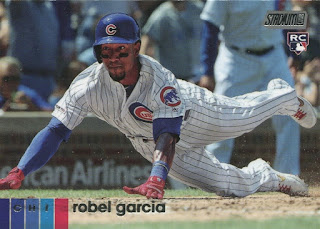 Let's get this one out of the way right now. 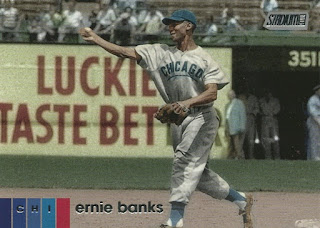 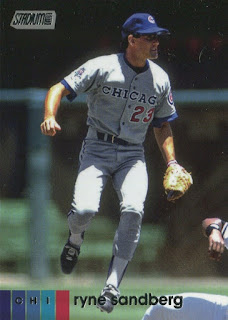 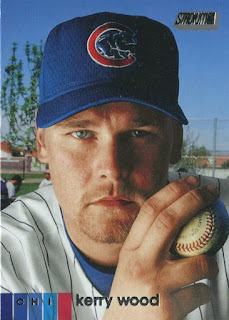 Three of the 13 are retired.  The picture on the Banks card is one I've not seen on a card before.  It is a colorized version of an original black and white photo.  I'll have more on it tomorrow. 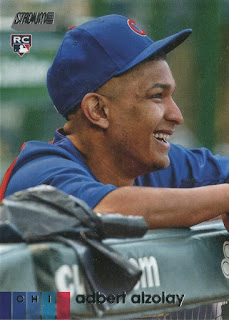 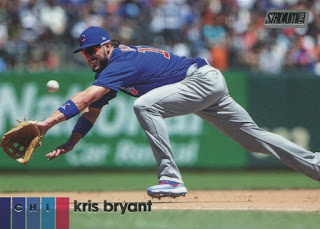 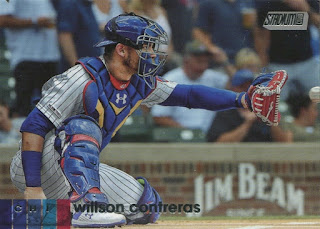 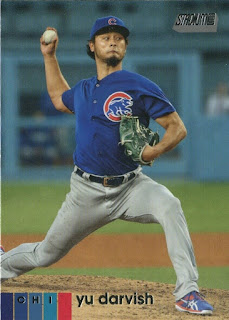 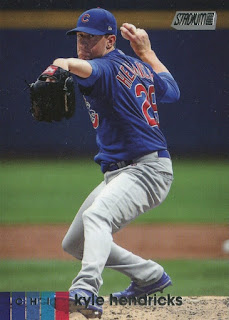 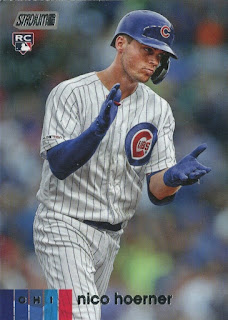 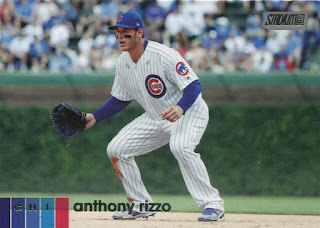 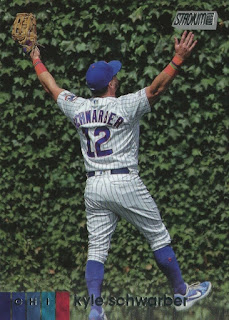 Stadium Club is noted for the photography.  I'm impressed with what they used with the exception of the Schwarber card.  You should be able to see the player's face.
Posted by Wrigley Wax at 7:00 AM