Today's cards come from an oddball set put out by TCMA in 1982.  It's known as the Superstar set, for obvious reasons when you look at the cards.  The checklist consists of 90 cards issued over two series. Most are baseball players, though there are some football, hockey, and basketball players sprinkled in.

Two Cubs made the list, both in the second series.  One obvious and one head-scratcher. 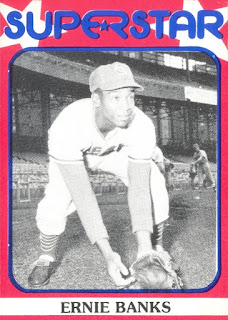 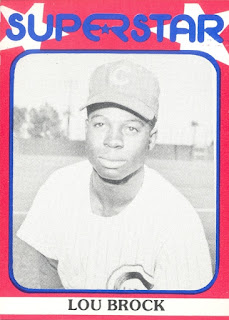 Mr. Cub is an obvious choice.  Lou Brock is not. He was not a superstar during his time with the Cubs.  I'd like to think that if he was, he would not have been traded.