Earlier this week I posted some Pepsi cards from the '80s and '90s.  They weren't the only Pepsi cards made.   Throughout the 2000s there were sporadic Pepsi cards 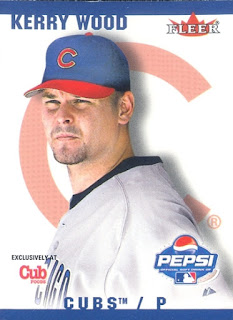 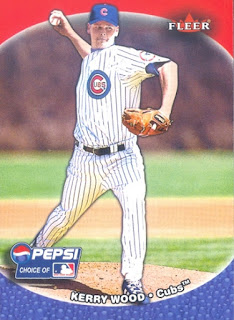 These two cards come from 2003 and are mini-sized cards, 2.25" x 3".  The card on the left comes from a set with three different logos... its starting to look like a NASCAR driver uniform.  The cards were produced by Fleer, and available in Pepsi products at Cub foods.  The other Wood card comes from a 30-card set that was in Pepsi products and was available at all the different retailers, not just Cub Foods. 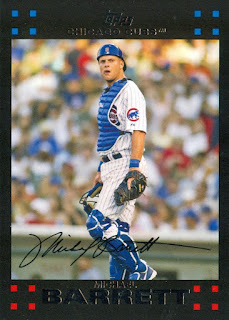 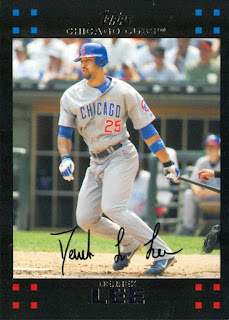 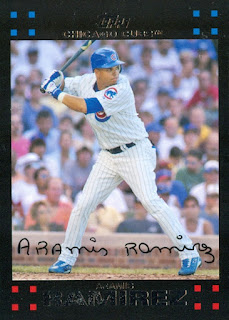 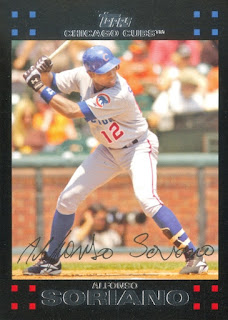 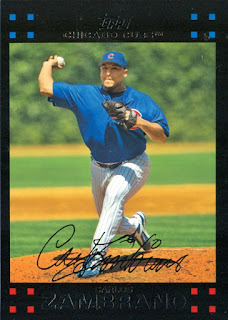 In 2007 Topps and Pepsi partnered up with a 220-card set.  The fronts are identical to the base Topps set.  I find it odd that Pepsi didn't insist on their logo being added to the front.  The only way to know that you have a Pepsi card is on the back.  The cards are numbered with a P in front of the number.  The Zambrano cards in #P89. 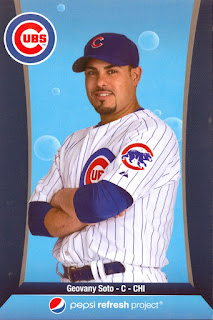 My final Pepsi card is from 2010.  These are postcard sized and come from the Pepsi Refresh Project.  MLB teams were competing against one another to earn cash for a special project.  The Cubs were looking to raise money to get kids in the Humboldt Park neighborhood to participate in baseball.  You can't vote for your team any more, but the website page is still active.  Check it out here.