Below are some cards produced by MSA, the Drakes cards from 1986 - 1988, and the 1993 Hostess set.  These are both oddities among the MSA cards and discs.  Take a look and spot what's different. 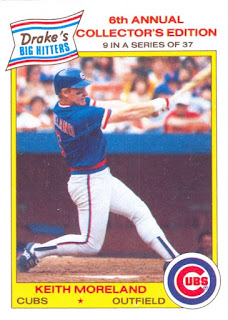 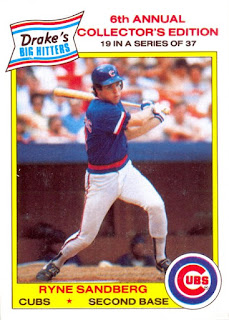 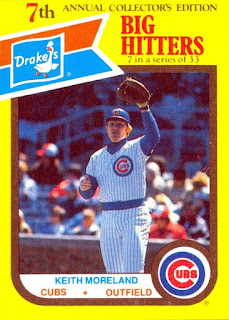 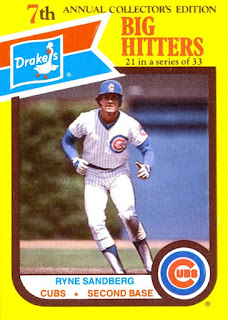 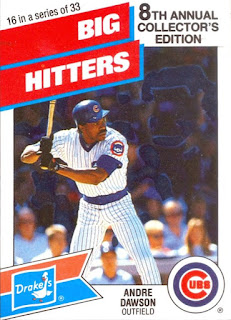 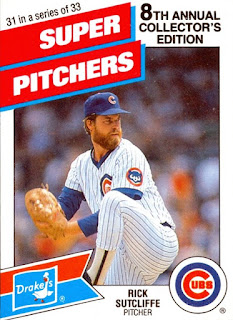 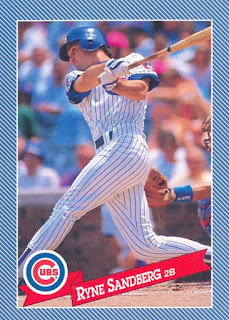 Did you figure out the difference.  It's a pretty big one....logos!  I believe that these are the only MSA cards to have no airbrushing and instead, visible team logos.

With Drakes, MSA took over for Topps, who produced the sets from 1981 through 1985.  Topps had and MLB license and all of their Drakes cards showed logos.  When MSA took over in 1986, the logos stayed.  I wonder if that was something that Drakes required?  Did they not want to go logoless after year of cards with the logos?

The Hostess card comes from 1993 and it was the first Hostess card since the cards on the box bottoms in the 1970s.  The '70s cards were made by Topps, so like Drakes, did Hostess insist on logos?

Maybe its just a dessert-cake thing, but kudos to Drakes and Hostess for keeping the logos!