MSA or Not MSA

On Saturday I showed my master list of MSA card sets.   Today I've got three more sets that may also belong on the list, but the cards lack the ©MSA designation. 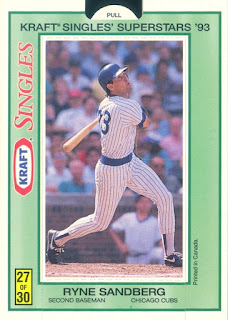 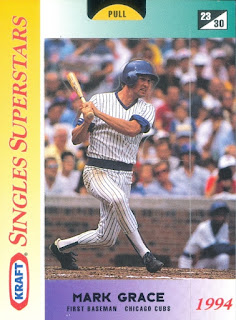 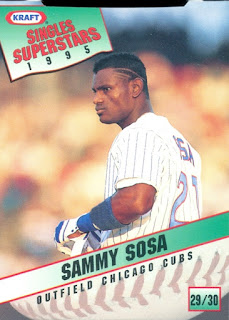 There are similar features in all three years - lack of logos, the set name "Singles Superstars,"  the popup style card, the card number on the front.

This is from the back of the 1995 card, so we know it was produced by MSA.

These are what we have on the '93 and '94 cards.  They both lack any sort of copyright information.  There's nothing from the Players Association or MSA.  But all three were printed in Canada, which is another similarity.

The third possible set for inclusion is the 1995 Jimmy Dean's All Time Greats set.

Again, there was a similar set with the MSA designation. 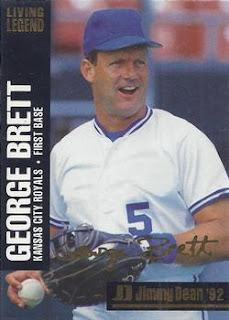 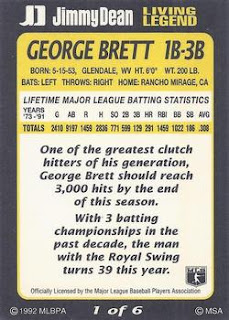 The 1992 Jimmy Dean Living Legends set was made by MSA. 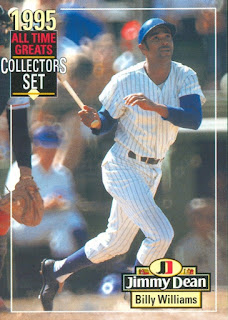 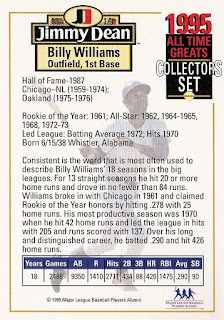 Three years later came a set from Jimmy Dean called All Time Greats.  It's got no logos, like the MSA sets.  But there is no Players Association marking.  Instead, they have a designation from the MBL Players Alumni.  That makes this one a little trickier.  I'm leaning towards not MSA.  What do you think?
Posted by Wrigley Wax at 7:00 AM