The tenth edition of Pro Debut came out a couple of weeks ago.

Last year just two Cubs farmhands were in the set.  This year their number is up to five.  I guess that means they may be restocking the system. 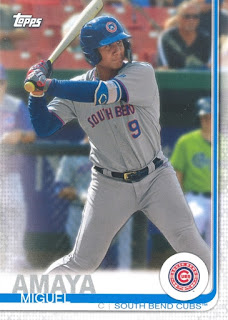 Miguel Amaya was in low-A South Bend last year. Right now he is in high-A Myrtle Beach with a low batting average of .215. 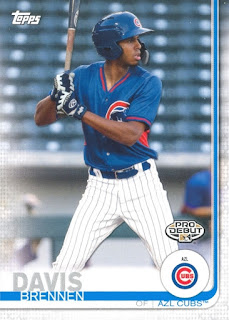 Bennnen Davis is with the South Bend Cubs.  He started the season is extended spring training in Arizona and joined South Bend in late May.  He's been tearing it up since getting there, hitting .328. 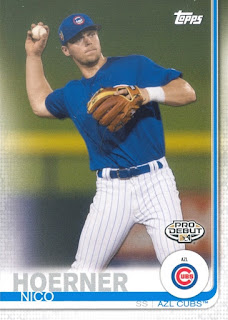 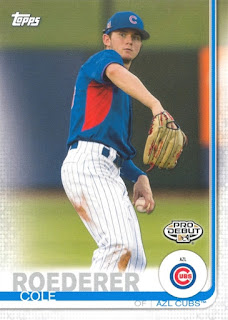 Cole Roederer is with the South Bend Cubs and I saw him play when I went to a game in mid May.  I didn't see anything special. He's hitting just .224. 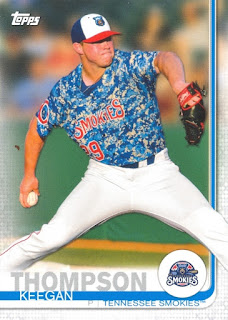 Keegan Thompson is the only pitcher among the Pro Debut Cubs.  Like Hoerner, he too is on the IL list in AA.  He pitched five innings of no-hit ball in his one and only 2019 appearance on April 6.  He's been inactive since then.
Posted by Wrigley Wax at 7:00 AM