I was able to get all of the pictures, except for one - the 1973 Jim Hickman.  For reasons I can't figure, his picture was no where to be seen. It was missing from the big four online sources, eBay, Sportlots, Beckett Marketplace, and COMC.

I was stuck waiting for one to pop up.  I had a saved eBay search that would sent me an email for any newly listed Jim Hickman item that didn't include the word Topps (by deleting Topps it eliminated most of what was listed for Hickman). For four years I would get an email at least 3-4 times a week, but the Jewel picture was never listed.

Thankfully I didn't include the word "Jewel" in my saved search.  Since the photos have no markings on them I thought that there might be sellers that didn't know exactly what they had.  That proved to be the way to go.

An email last week showed a listing for a Jim Hickman photo from "1972 or 1972 picture packs."  But when I saw the picture I knew that it was the Hickman Jewel picture. It was priced a little high for Jewel pictures, but I wasn't going to let a few extra dollars stop me.

I hit the BIN and now have the picture in hand. 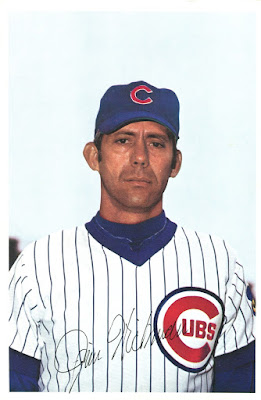 Maybe the reason the picture is so scarce is because Jim Hickman bought them all and destroyed them - that is not a very flattering picture!

Flattering or not, I'm glad to finally have it and fill in another collection hole.

Four and a half years later, I can now show the entire set of 1973 Jewel Cubs! 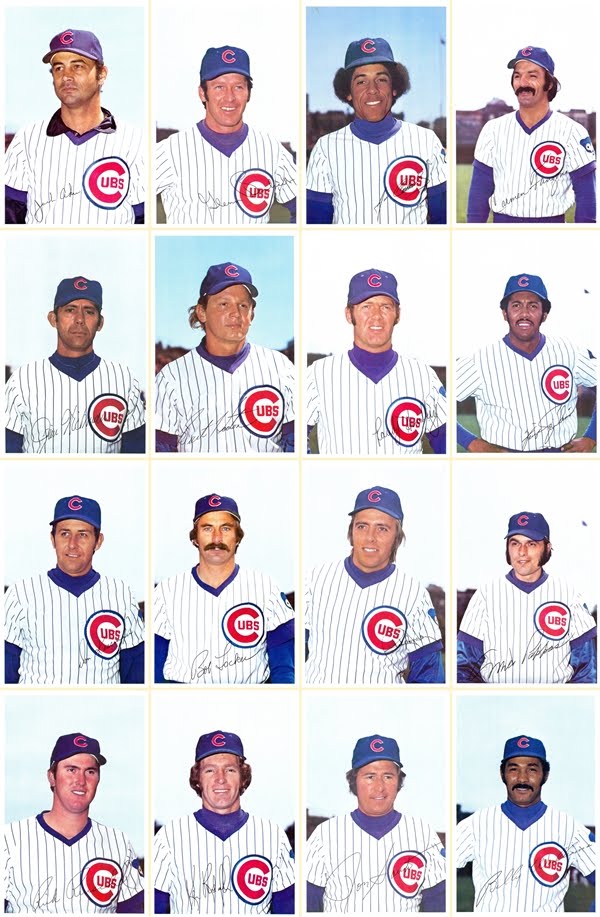