Big League Collectibles put out a second set in 1983.  In addition to the second series of Diamond Classics, they had a set called Original All-Stars.  1983 was the 50th anniversary of the first All-Star game, held at Comiskey Park.

The set includes a team picture of each team along with a card for 19 players from each league and manager.  The cards have the same size and design as the Diamond Classic cards, except an All-Star logo was added. 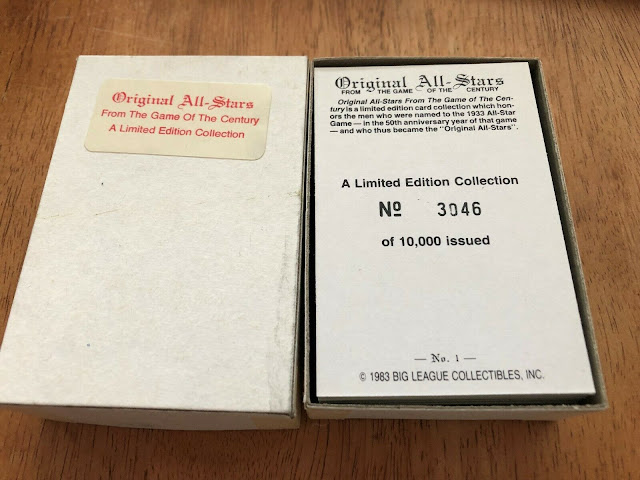 The print run was 10,000 and each set came with a numbered header card.

There are three Cubs cards among the 19 National League players. 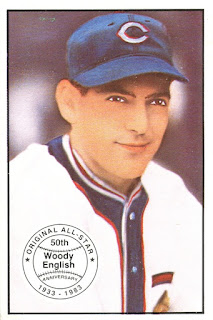 Woody English pinch-hit for teammate Lon Warneke in the 7th inning and flied out to center.  He remained in the game but didn't get another at bat nor a ball hit his way at third base. 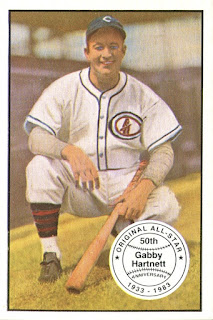 Gabby Hartnett entered the game in the bottom of the sixth and caught the rest of the game.  Her struck out in his only at bat. 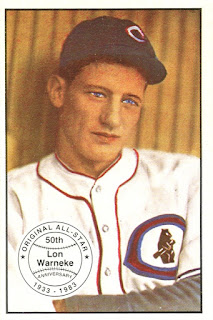 Lon Warneke took over for starting pitcher Bill Hallahan in the bottom of the third after Hallahan gave up a walk, homer to Babe Ruth, and another walk.  Warneke went the next four innings and gave up a run.
Posted by Wrigley Wax at 7:00 AM