Before I get to the 1983 cards, I was able to find out a little more about Big League Collectibles. 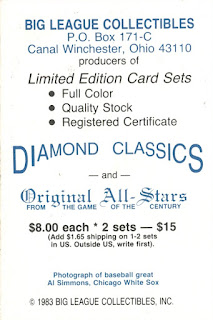 I got this card in the mail yesterday and it has some ordering information.  You see that the company was based in Canal Winchester, Ohio.  That gave me a little more to search with and led me to an Ebay page of a listing for a Diamond Classic set.

The listing says the following:
~ Issued by Big League Collectibles, Inc., in 1982 ~

Each card was produced by hand painting in colored oils a postcard size black & white photograph of a popular ballplayer. A brief biography together with statistics was added. The cards were manufactured on sturdy 6-ply card stock (similar to the 1933-56 Goudey, pre-1957 Topps, Gum Inc., etc.). Card size is 2-1/2" by 3-3/4" - same size as the popular 1953-55 Bowman baseball cards.

The ebay sellers user name is The Baseball Hobbyist and Gram.  Their seller page has a little more information:
In 1957 we started on a long journey of involvement with baseball-oriented collectibles. From buying one- and 5-cent packs of cards (with gum) to eventually publishing our own card sets, it has been a most interesting hobby. We hope to remain involved through Ebay for years to come. -- Steve & Linda

So it looks like Big League Collectibles was a mom and pop operation that went from collector to producer.  They sold out all four of their sets, but then quit producing cards.  I sent them a message through eBay with some questions about their venture and hope to post their responses on Monday.

The 1983 set was much more Cub-friendly.  with six of the 55 players being Cubs. 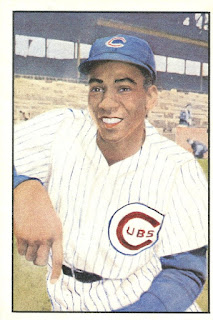 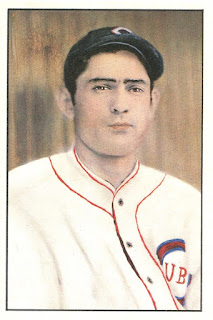 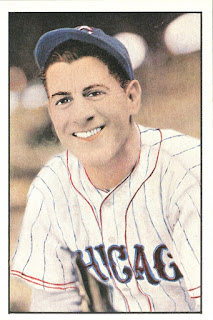 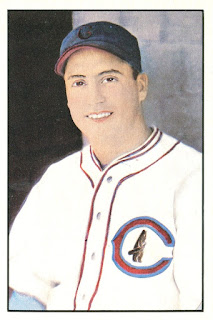 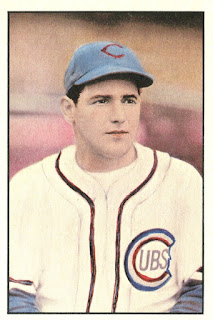 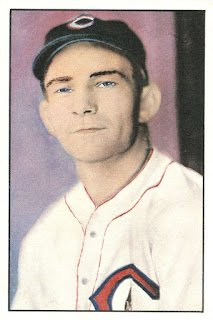