A company called Big League Collectibles put out four different sets between 1982 and 1985.  I find the timing interesting because this was just before baseball cards really took off.  Donruss and Fleer were just getting started and the market wasn't flooded yet.

I couldn't find anythings on the Big League Collectibles company.  I have not idea who ran the company or where it was located.  All I know is that they released four different sets.

The 1982 set was called Diamond Classics.  It consists of 55 players and a checklist.  As you might surmise from the set's name, none of the players were active.  In fact, most were from the 20's through the 50's..

The cards are on a heavier stock of cardboard and have a painted portrait of the player.  The width of the cards is the standard 2½" but the height is ¼" taller, 3¾". 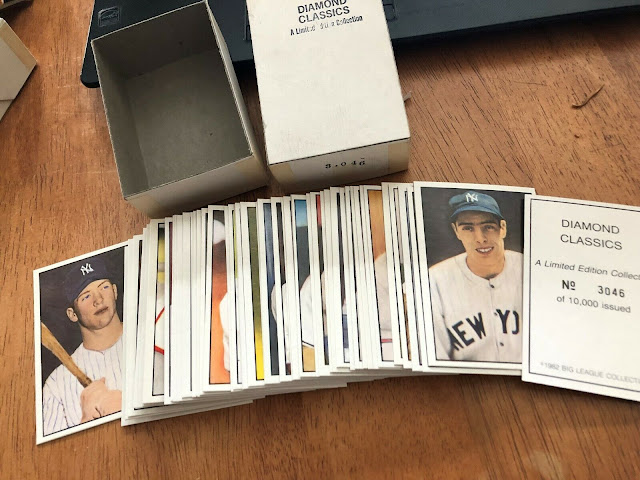 The set was limited to a run of 10,000 and each set included a numbered header card.

Just two of the 55 Diamond Classics are Cubs. 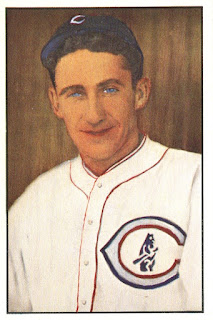 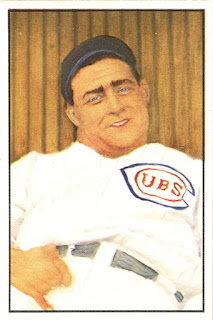 On the left if Kiki Cuyler and Hack Wilson is on the right.
Posted by Wrigley Wax at 7:00 AM