After issuing two sets in 1983, Big League Collectibles took a year off before issuing their final set in 1985.  Called America's National Pastime, the set consists of 48 cards that feature players who were active between 1930 and 1939.

This set has just half the print run of the previous three, with 5,000 numbered sets available.  The design and the card size changed too.  This time the player's name, team, and position were included.  The cards shrunk, to 2⅛" x 3⅛", which means that they fit into a nine-pocket page.

Six Cubs made the checklist, some familiar and some not so much. 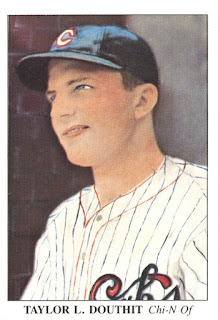 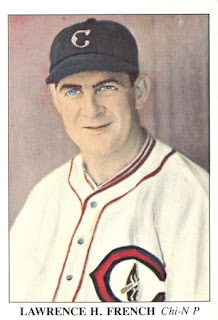 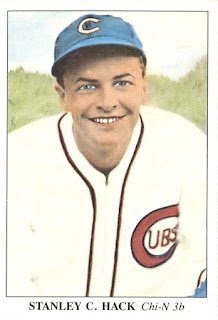 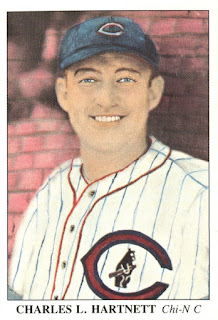 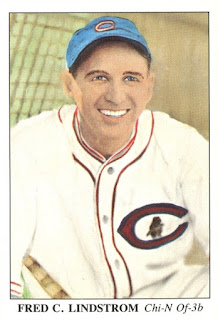 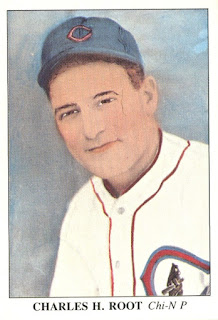 The one player I was totally unfamiliar with is the first one, Taylor Douthit.  Turns out there is a good reason why I didn't know of him.  He has a big league career that spanned eleven seasons and played in over 1,000 games.  Just 27 of those games were with the Cubs, at the very end of his career.  Most of his time was spent with the Cardinals

Fred Lindstrom was another how had limited time with the Cubs, just 90 of his 1,438 games.  The bulk of his playing career was with the Giants.

The other four, French, Hack, Hartnett, and Root are guys who spent the bulk and/or best years of their career with the Cubs.

After this set was made, MLB notified Big League Collectibles that they needed a license if they wanted to continue making sets that used the teams' names and logos.  BLC said no thanks and never put out another set.