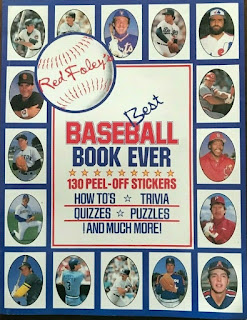 Red Foley's initial launch came in 1987 with this book.  The set consisted of 130 stickers and of those, five were Cubs.  I've got the stickers below.  I've got the little stickers shown a bit larger so you get a good look at them. 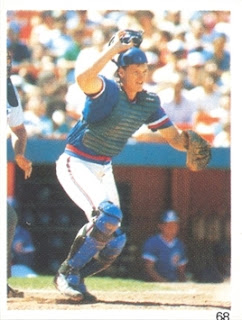 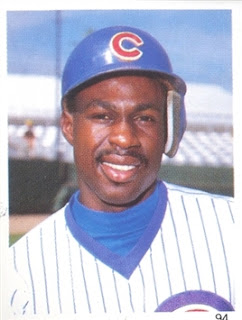 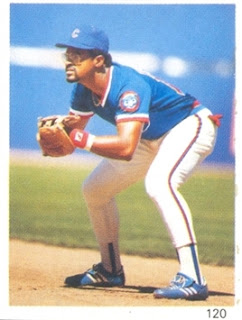 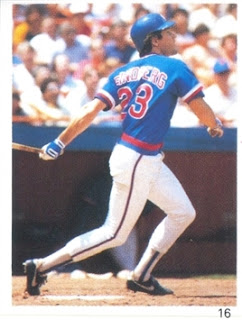 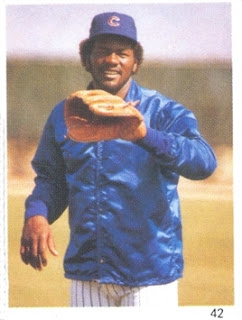 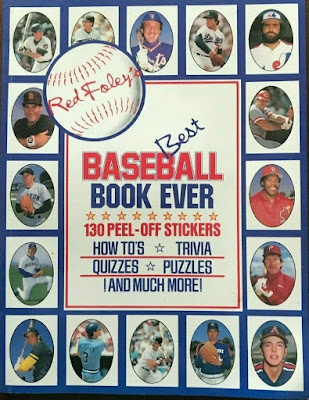 My big question from yesterday was "Who is Red Foley?"

Matt from Once a Cub was kind enough to send me the answer. 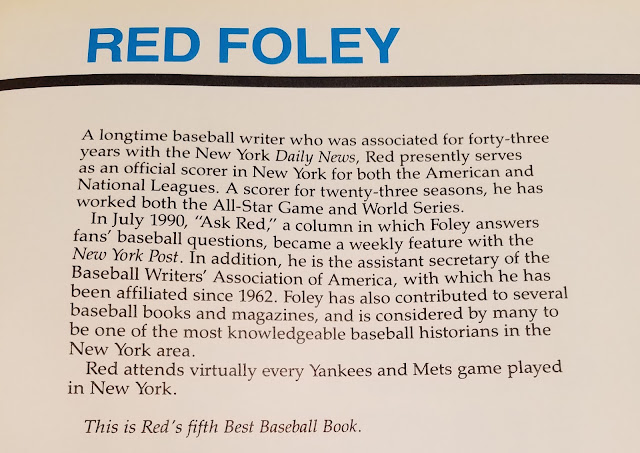 He sent this bio of Red Foley from the 1991 sticker book.  Reader Brent also added a comment with similar information. 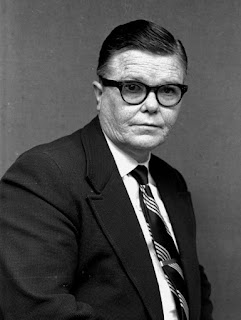 Red went to work at the New York Daily News right out of high school, in 1947.  He retired from the same newspaper after a 34-year career, in 1981.

Along with his writing duties, Foley worked as an official scorer for both New York franchises.  He started in 1966 and continued scoring until 2002, over 3000 games.

It would be safe to say that the guy knew baseball.  Adding his name to the sticker book would certainly give it some credibility, especially to those on the east coast.

A few weeks back I had several posts with Panini Stickers.  In addition to Fleer, Topps, and Panini, there was one other major sticker brand in the late '80s and early '90s.

From 1987 thought 1996, stickers were included in Red Foley's Best Baseball Book Ever.  This is the 1987 book and you see that there were 130 stickers included.

The big unanswered question is "Who is Red Foley?"  There was a country singer with that name, but he died in 1968.  I wonder if the book says so?  Maybe I'll have to buy one to find out. 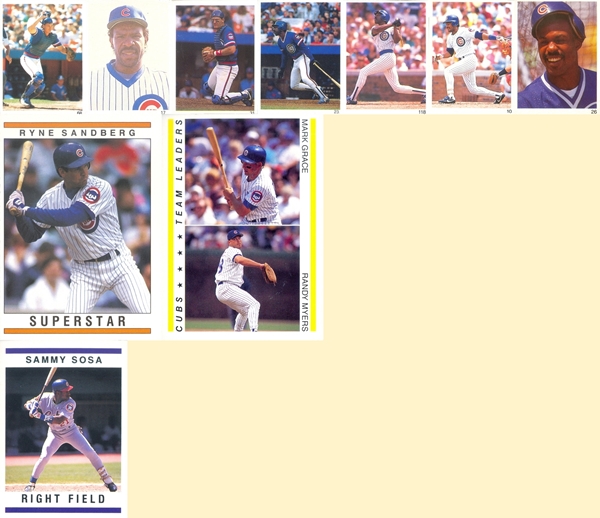 Not only were the first stickers small, but they were very plain too.  All that was on them was a picture and a sticker number.  That is a very minimalist design!

Most years there were five of six Cubs stickers.  That lasted until the end of the run, when the Cubs shrunk to three, two, or one.

I'll go year by year over the next several posts to give you a look at all of the Red Foley Cubs.
Posted by Wrigley Wax at 7:00 AM 3 comments:

Very sad news yesterday, as Billy Buckner died at the age of 69.

I must have some subconscious thing for Cubs named Billy, as Billy Williams is my all-time favorite Cub, and Billy Buckner is #2.

Buckner came to the Cubs in 1977.  By then all of the '69 Cubs were gone and the team was not good.  After Billy Williams was traded, I didn't connect with a Cub until Buckner arrived.

He was gritty, playing hurt yet playing hard.

And he could hit!  His average with the Cubs over eight seasons was .300, right on the nose. 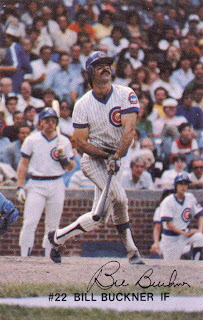 This is one of my favorite cards of Bill Buckner.  He's in his home whites, but they are not white.  Look at all the dirt on him.   That is Billy Buckner.

Here's a couple of my other favorite Buckner cards... 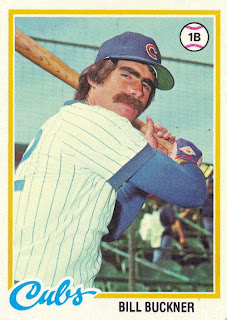 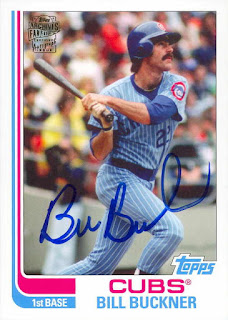 A Fan Favorite autographed card that shows the white pinstripes on the road unis... nice! 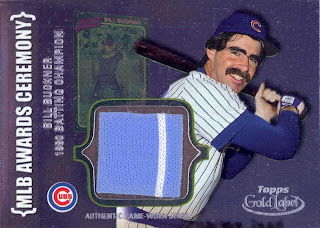 How about a relic card with that same uniform!

Here's a look at the 56 Buckner cards in my collection 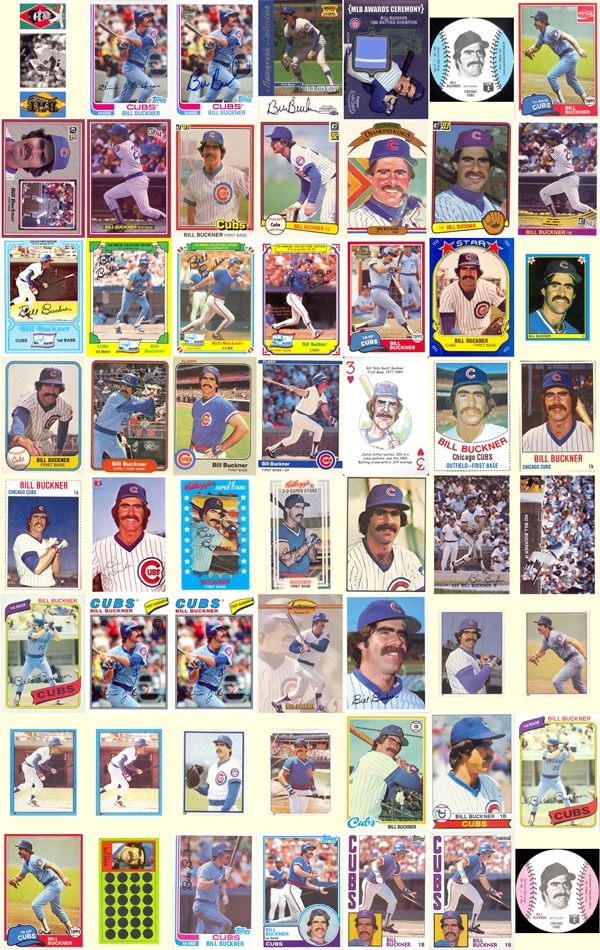 I first ran this post on Memorial Day several years ago.  It's worth running again today.