All I've Got of Him: Travis Wood

I'm starting a new feature that I'll run from time to time. I think the name pretty well describes what I'll be doing - showing all the cards I've got of a certain player.

Let's kick this off with all the cards I've got of Travis Wood.  He might seem like an odd choice to start off something new, but I've got a reason.  Wood is currently the longest tenured Cub.  He joined the team in 2012 and is now in his fifth season with the Cubs.  That shows you just how much the roster has turned over.

Wood isn't exactly a superstar, so his card offerings have been pretty slim.  I have just 15 cards of Travis Wood, which averages out to just three per year.  He's only been in the major Topps brands, the flagship, Heritage, and Gypsy Queen.  He made the Donruss set once, Topps stickers once, and has been in the Topps factory team set a few times.  One oddity:  he has a autograph card in 2012 Gypsy Queen but no base card.  He didn't get a base GQ until 2014.

Take a look at all I've got of Travis Wood: 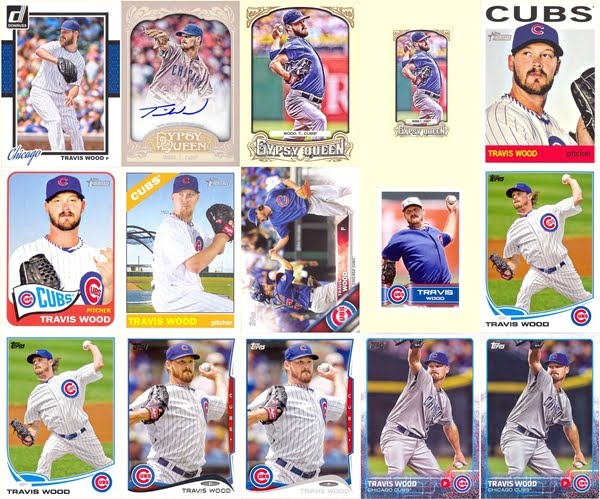 On This Memorial Day...Thank You Again

I first ran this post on Memorial Day four years ago.  It's worth re-running today.