Bowman Before the Black

Before Bowman went on a 15 year black and red run, they had some pretty simple designs.  Topps resurrected the brand in 1989 and didn't exactly dazzle anyone with the design early on.  They kept things pretty basic until 1994.  That year the cards were full bleed and had some gold lettering.  It was a very un-Bowman looking design. 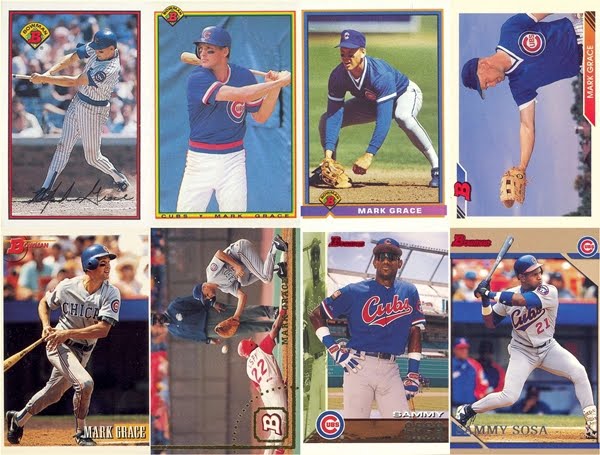 And while I was at it, I made a tile to show the complete modern run of Bowman.