Today I have the anti-Sammy.

Billy Williams is everything that Sammy Sosa isn't.  Talented, but unassuming....let his game do his talking....a Hall of Famer. 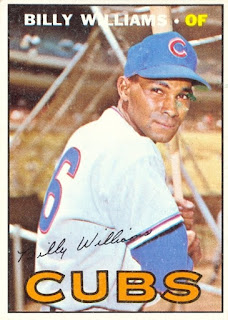 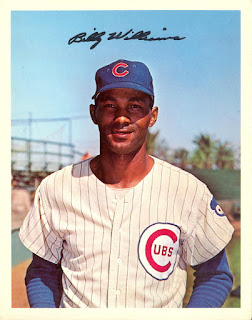 These are the olderst items in my collection that have his signature,  They are both from 1967, Topps and Dexter Press.  Billy uses cursive and you can read his name. 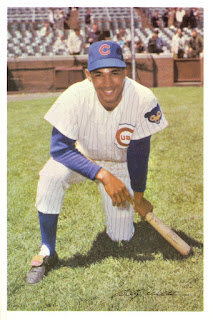 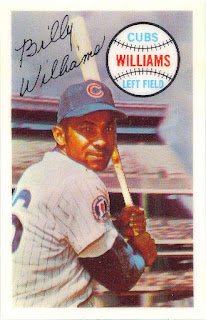 Here's a couple more, Jewel 1969 and Kelloggs 1970.  All four of the above are from different companies, which means they weren't reusing the same signature.  Its four different signatures, but four similar looking signatures.  Billy was as consistent with the pen as he was with the bat. 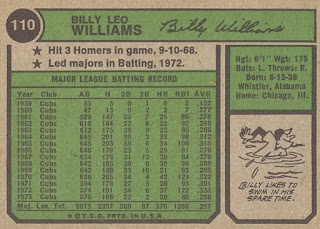 One more from his playing days....this time on the back of a card, the 1974 Topps.  The signature is not the same one Topps used in 1967, but it is very similar.

And now we flash forward 39 years, to one of my most recent autographed cards, from 2013. 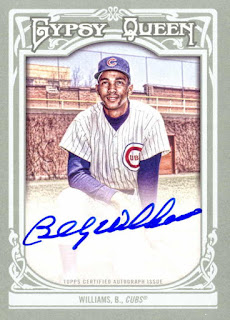 Its a little sloppier, but I would attribute that to the fact that he was 75 years old and probably signing several hundred cards.

My favorite Cubs player does it right on and off the field.
Posted by Wrigley Wax at 7:00 AM