Its time for the set with the most ridiculous name, Pro Debut.  There are five Cubs prospects in the set.  All five have had cards in previously released brands, including Pro Debut.  So I ask Topps my annual question: How can you call a set "Pro Debut" when the players are well past their pro debut?" 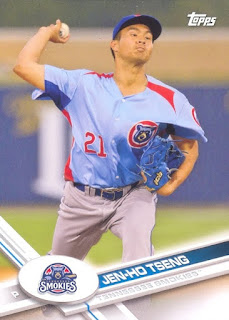 Pitcher Jen-Ho Tseng was in the 2015 Bowman. 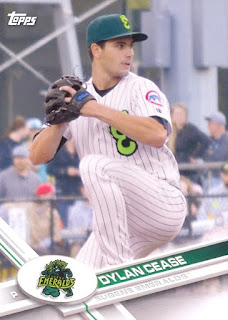 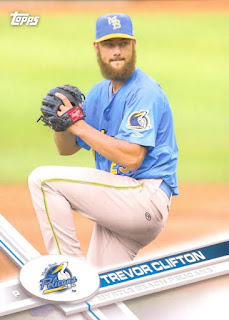 Trevor Clifton was in 2017 Bowman. 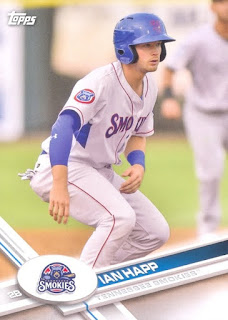 Ian Happ is in the major leagues already and was in 2016's Bowman, Heritage Minors, and Pro Debut along with 2017 Bowman.  There's a good chance he could end up in the flagship set's Update.  Pro Debut and Update in the same year -- crazy! 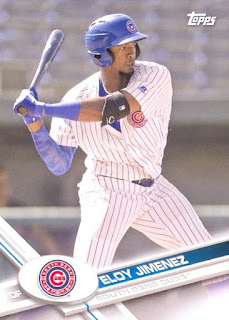 Eloy Jimenez was in last year's Pro Debut and this year's Bowman.
Posted by Wrigley Wax at 7:00 AM 2 comments:

Seems like I used this title just a couple weeks ago.  But the revolving door on the clubhouse continues to spin and two more players made their 2017 debut for the Cubs.  That means two more 2017 Topps cards were made. 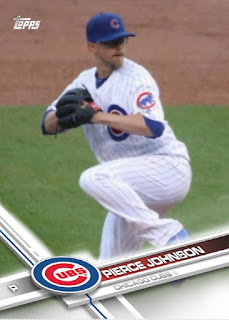 Pierce Johnson made his major league debut on May 19th against the Brewers.  He gave up two unearned runs in one inning of work. The next day it was back to Iowa. 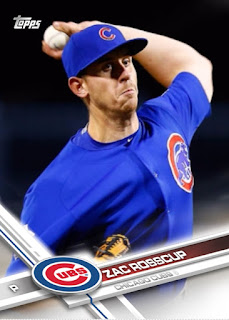 Zac Rosscup spent parts of the 2013-2015 seasons with the Cubs.  Shoulder troubles kept him off the mound all of the 2016 season.  The Cubs signed him to a minor league deal over the winter and called him up on May 22.  He pitched 2/3rds of an inning against the Giants and the got optioned back to AAA the next day. 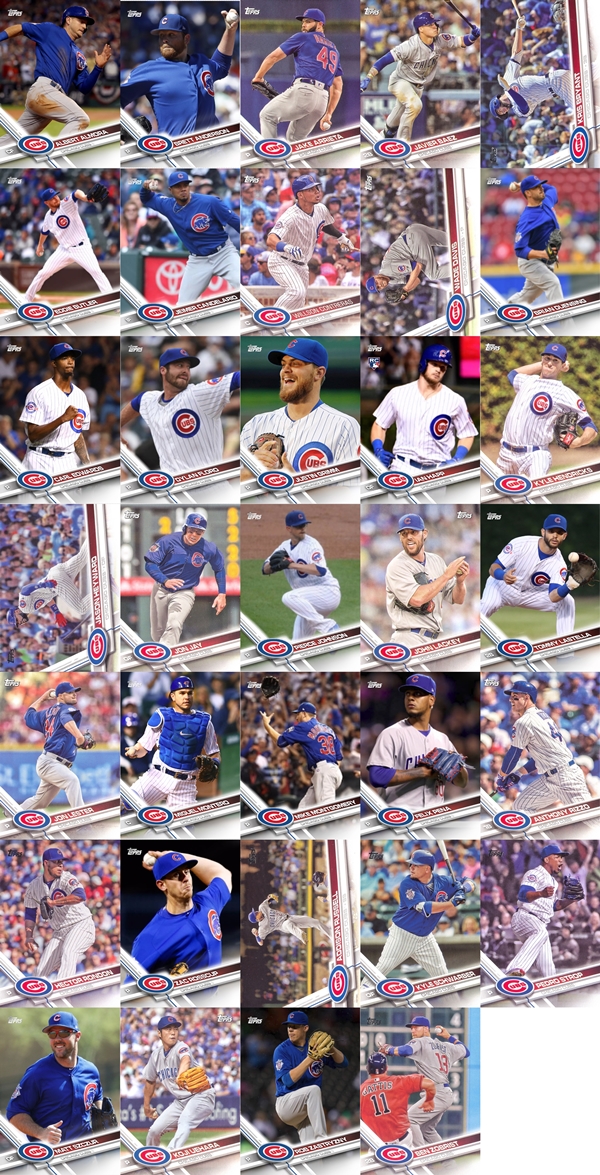 On This Memorial Day....Thank You, Again

I first ran this post on Memorial Day five years ago.  It's worth re-running today.