All I've Got of Him: Dave Martinez

Here's a look at all I've got of the Cubs' bench coach.

After his playing days were done he was a coach in the Rays system and eventually landed the bench coach position for Joe Maddon.  When Maddon came to the Cubs, Martinez followed with him.

I really thought that I had more cards of him than I do.  My total is just eleven.  He spans most of the brands of the day, Donruss, Fleer, Score, and Topps, along with a Starting Lineup and Cubs team issued card. 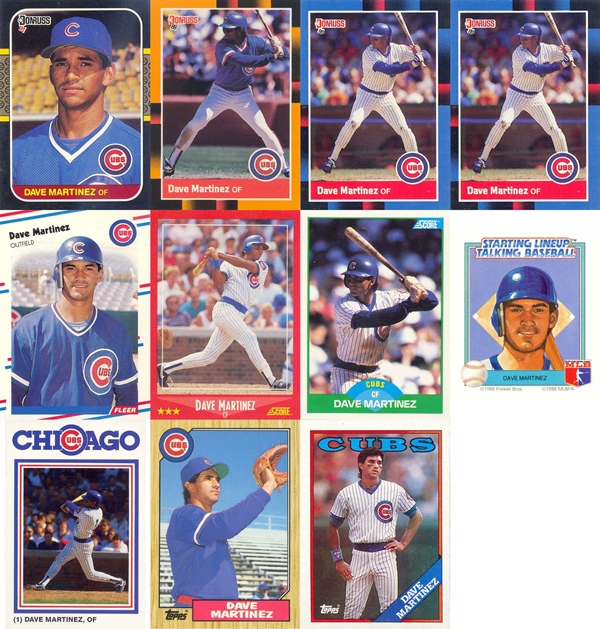