There are several Bowman inserts with a "70" on them.  One assumes that this is Bowman's 70th anniversary. 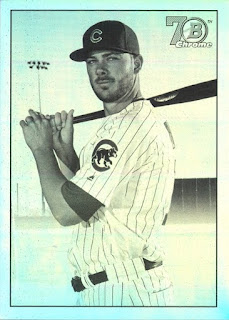 This is the Kris Bryant 1948 card.  Bowman was a minimalist back then. 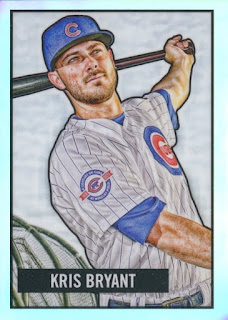 Look at how the design went crazy in 1951 by adding the name! 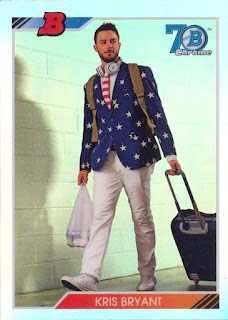 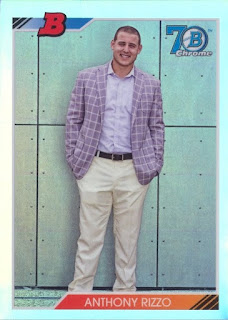 And then there are these beauties from 1992, which mimic... 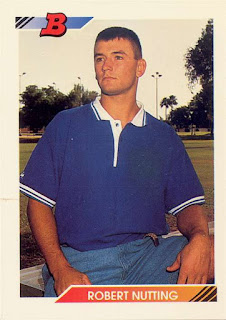 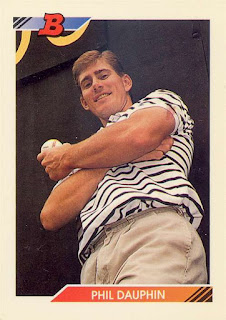 ...these.  You don't suppose these guys got razzed by teammates because of these cards? 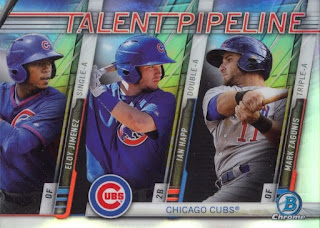 Here's the final Cubs inserts.  Question... Since Bowman is a prospects set, and all three of the guys have a Bowman 2017 prospect card, isn't it a little redundant to have an insert set called Talent Pipeline?  Isn't the 150 card prospect set the talent pipeline?
Posted by Wrigley Wax at 7:00 AM