I was looking through my Topps Cubs binder with the 1980s cards.  I found a name on the 1982 roster sheet that I don't ever remember... Butch Benton.

He played in four late-season games for the 1982 Cubs.  I was in my senior year of college in 1982 and was paying very little attention to a very bad 1982 team.  Benton's short time with the team completely escaped my attention.

Four September games don't warrant a card in the Topps set.  In fact, he never had a major league card.  Not wanting him to feel left out, I created a 1982 Topps card for Butch. 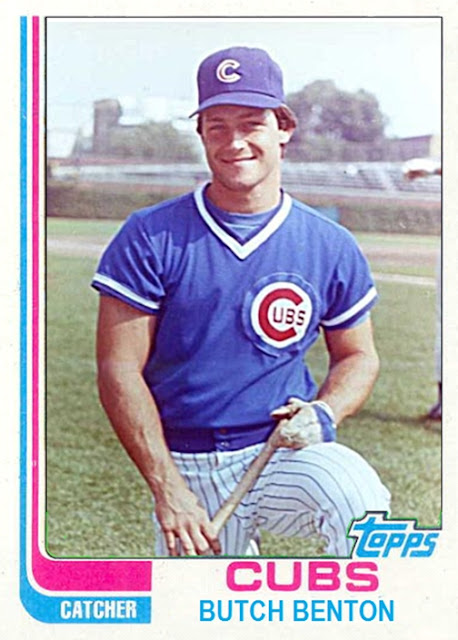