The design on Bowman cards was very consistent over that 15 year time span.  Two colors, black and red, dominated the design.  Bowman cards would typically have a black border and red trim, at least on the cards of the current major leaguers.

That made it pretty easy to spot a Bowman card.  Was it black and red?  If so, it was Bowman.  You'll also notice that an autograph was a design element for the first 13 years of the black and red run.

But all good things must come to an end.

The autographs disappeared first, in 2010. 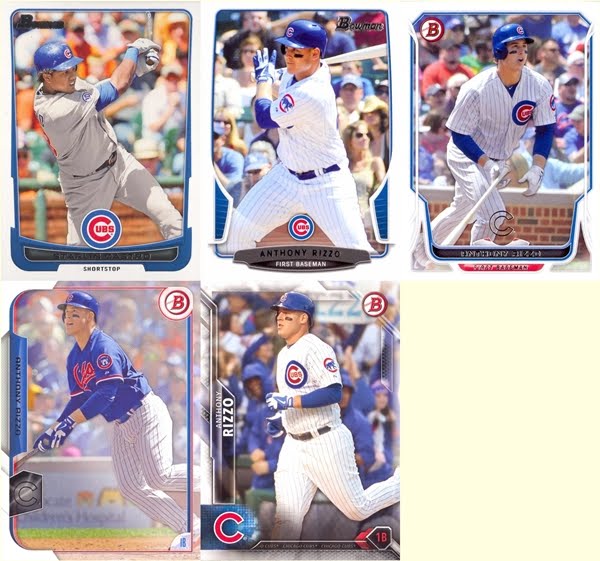 The borders have been white and blue was the trim color until this year when the border completely disappeared.

The consistency king is dead.
Posted by Wrigley Wax at 7:00 AM