The Cubs managed to land three prospects on the top 100 list, despite all the young players that have moved on to Chicago recently. 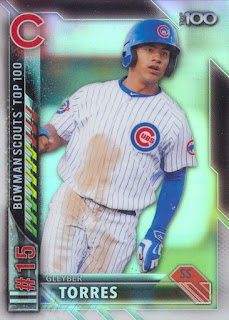 Glyeber Torres lands on the 15th spot.  Just 19 years old, he is in his third season in the Cubs organization.  Right now he is in high A ball in Myrtle Beach.  He's off to a slow start, hitting just .223 in 27 games. 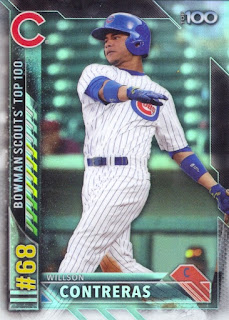 Catcher Willson Contreras was #68.  He had a very good camp in Arizona and when Miguel Montero got hurt, there was talk of bringing Contreras up.  Joe and Theo shot that down, though, not wanting to rush his development. 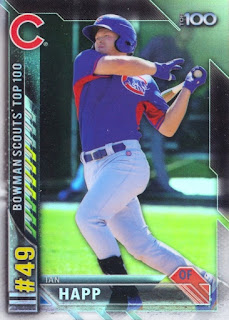