We'll take a little from the the 1969 Cubs and turn out attention to the 2016 team.  After all, this year's Cubs are off to a great start, an even better start that the '69 Cubs.  Of course, starts aren't as important as finishes---and I'm hoping this year ends better than 1969!

The Bowman formula has been pretty consistent the past several years.  You have a base set of 150 current players and 150 prospects cards, with the prospects in both paper and chrome versions.

Today I'll take a look at the current players.

One advantage of a winning team is more cards.  Four years ago when the Cubs were really bad they landed just three spots on the Bowman checklist.  The 2014 checklist also had just three Cubs.

This year, following a 97 win season, the Bowman powers that be granted the Cubs eight slots on the checklist.  All the names you'd expect are generally there...Arrieta, Bryant, Heyward, Lester, Rizzo, Schwarber, and Soler.  The most notable absentee would be Addison Russell.  The most notable head-scratcher is Carl Edwards.

The Cubs have not. 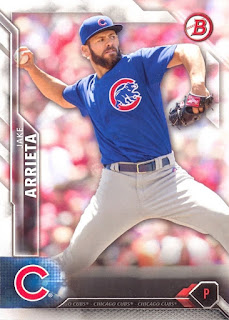 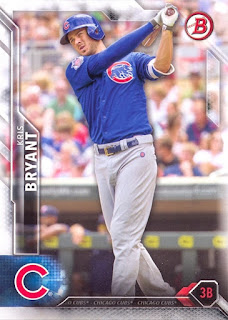 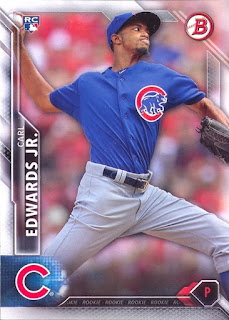 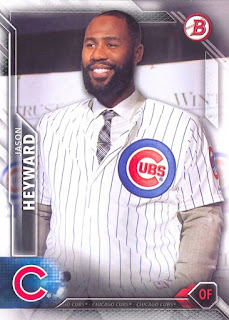 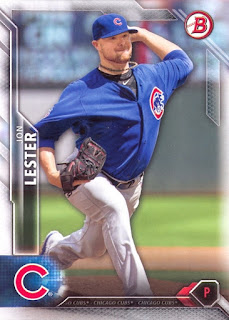 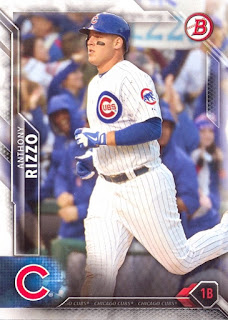 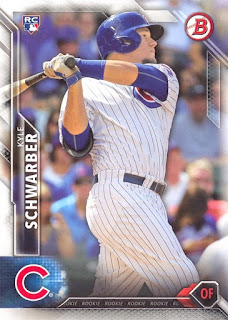 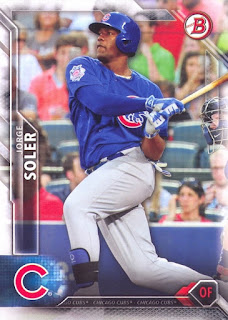