Cadaco was a maker of games, many of which had a sports theme. 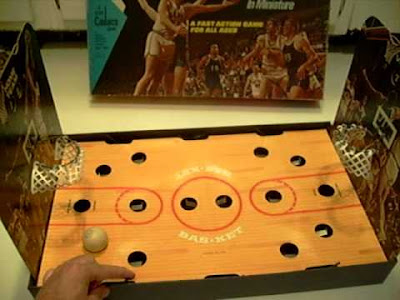 I had this one, Bas-ket.  I spent many hours shooting that ping-pong ball.

But this is a baseball blog and we need to talk about Cadaco's baseball game, All Star Baseball.  I never had this game.

It was around since 1941.  I has a series of discs and spinner that the batter would spin and then the fielder would follow.  Those told you how the play went.

Early on discs were made for both current and retired players.  They had player's names and stats, but no pictures.

That changed in 1989.  Baseball cards were a hot item and Cadaco hoped to cash in too.  Pictures were added, but they were logoless, and they had only a Players Association license. 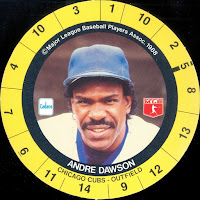 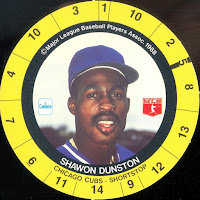 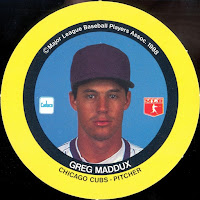 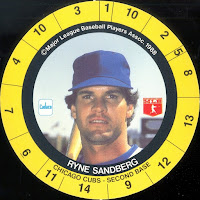 These are the four Cubs from the 1989 set.  Pretty impressive that three of the four are in the Hall of Fame. 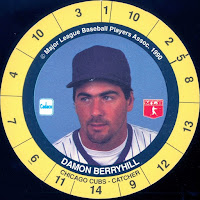 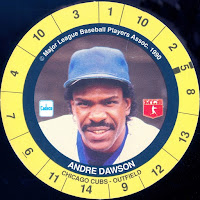 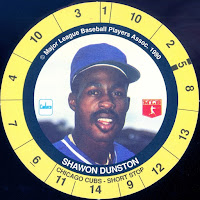 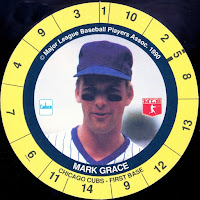 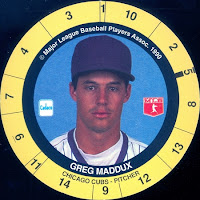 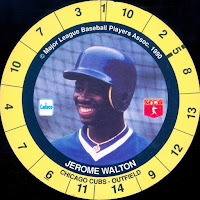 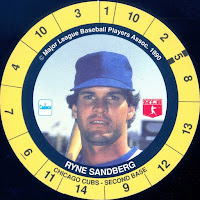 The 1990 set saw three more Cubs added, making a total of seven.  Notice that the pictures of the four hold-overs from 1989 were not changed. 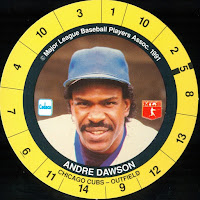 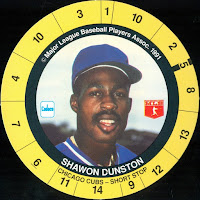 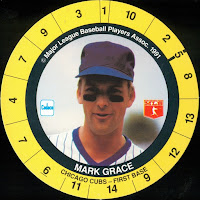 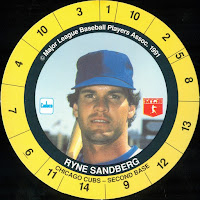 In 1991 the number of Cubs was back to just four.  Maddux was out, replaced by Mark Grace.  And again, no pictures were changed. 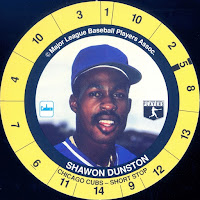 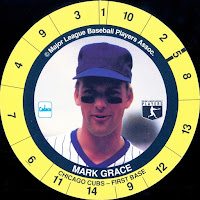 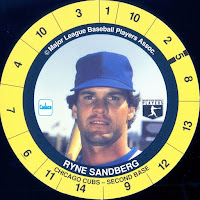 This time we have just three Cubs and all of the players and pictures are repeats.
Posted by Wrigley Wax at 7:00 AM