The first set came out in 1986 and was comprised of 12 players that surpassed the 500 home run mark.  That means Mr. Cub was included. 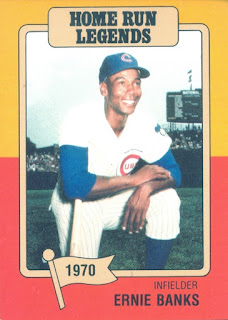 The flag with 1970 represents the year that Ernie hit his 500th home run.

Ten years later came Big League Chew's second set.  This time it was a mail-in set, but all of the cards were autographed.  There were just three players in the set, Juan Marichal, Brooks Robinson, and Billy Williams. 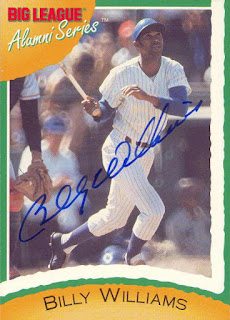 Here's the Billy card.  And if you doubted the authenticity of the signature... 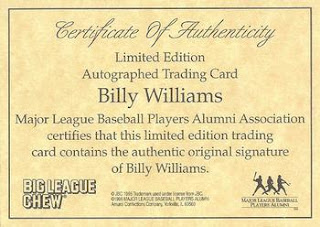 ...Big League Chew has you covered.

Though featuring baseball players on their packages, Big League chew has never returned to baseball cards.