The 2005 version of Reflections was quite different from the 2004 debut set.  It was smaller by nearly 100 cards, from 390 down to 286.  The jerseys and autographs were no longer part of the base set.  All the numbered base cards were regular cards.  The first 200 were in the original release and the final 86 were in the update. 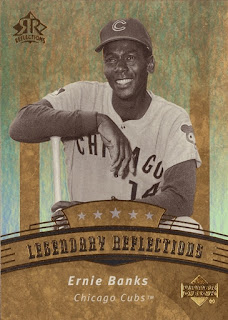 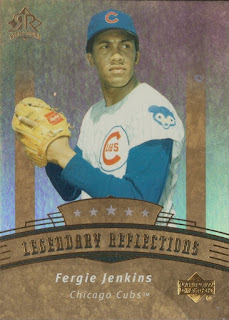 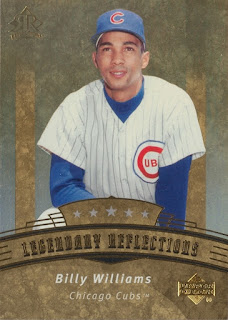 Too bad they couldn't find a color picture for Ernie. That black and white doesn't look good.

Twelve modern Cubs were on the checklist, including five rookies with the "Future Reflections" tag.  Only one of the five did much for the Cubs, Geovany Soto.  The rest were busts. 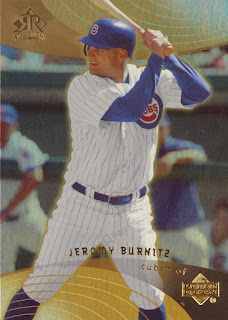 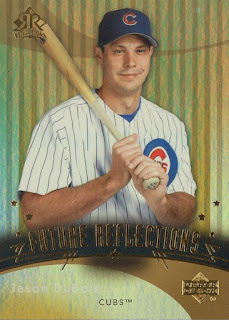 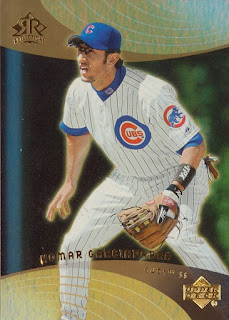 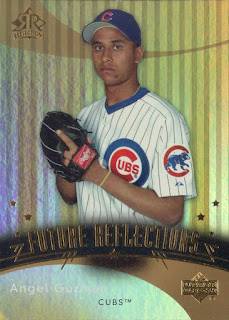 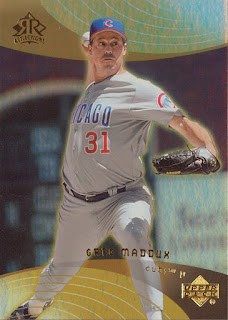 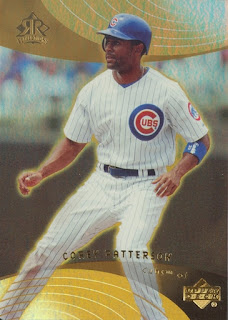 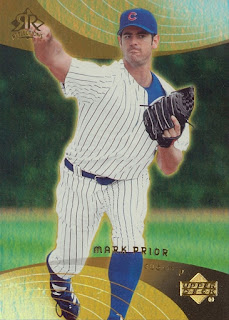 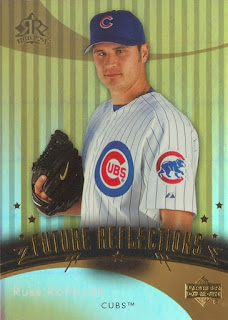 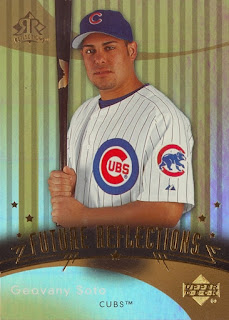 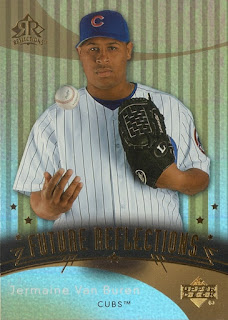 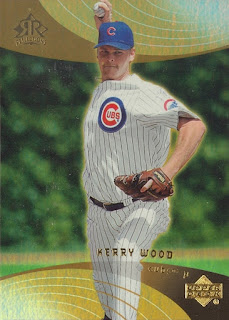 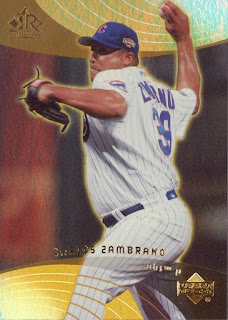