The Ralston Purina Company put out three sets in the 1980's.  The first came out in 1984 and it was produced by Topps.  It included logos, but it didn't include any Cubs.

Their second set came out three years later.  This time they had a Cub, but no logos, as the cards were made by MSA instead of Topps 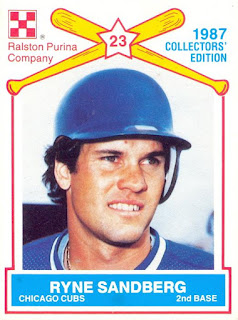 The final Purina set was issued in 1989.  It was again a logo-less MSA set and had one Cub. 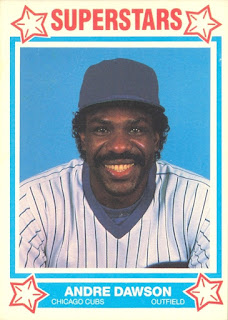