I've got an oddball today, the Cubs set from the 1985 Fun Foods buttons set.

Right off the bat things get confusing.  The pins have a copyright of 1984 and that is how most are listed on Ebay.  But the Standard Catalog lists the set as a 1985 release.  I'm going with 1985 since the set includes stats on the back from the 1984 season.

The set consists of 133 buttons / pins.  They are the same small size (1.25" diameter) as the pins put out by Kellys, Sunoco, and MLBPA in the late '60s.  You could buy the pins in packs of three pins.  Complete sets were also available at hobby shops.

As far as the Cubs in the set, they pretty much nailed it.  Nine Cubs were included.  Only one of the starting position players was left out, Keith Moreland.  The other seven made it... Gary Matthews, Bobby Dernier, Ron Cey, Larry Bowa, Ryne Sandberg, Leon Durham, and Jody Davis.  The other two Cubs were pitchers Rick Sutcliffe and Lee Smith. 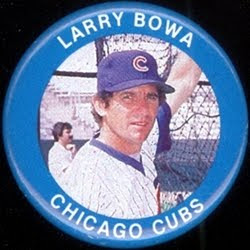 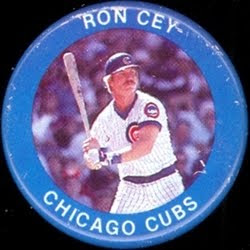 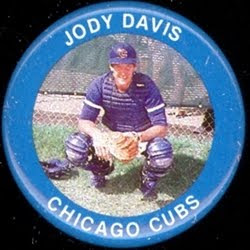 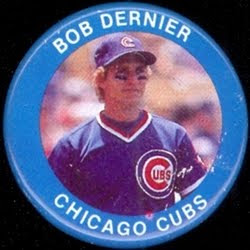 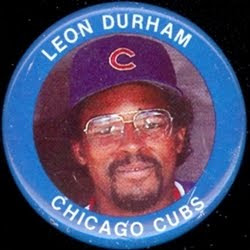 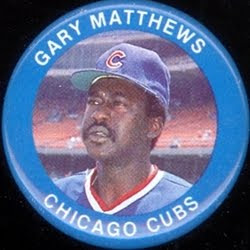 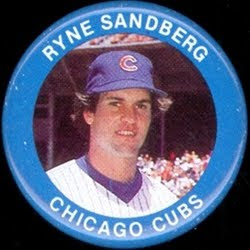 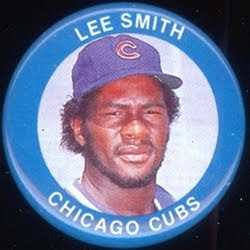 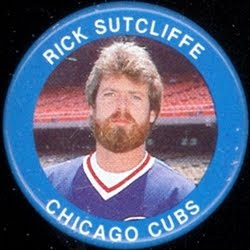