You never have to wonder what a Heritage design is going to look like.  Just go back 49 years into the Topps archives and voila. 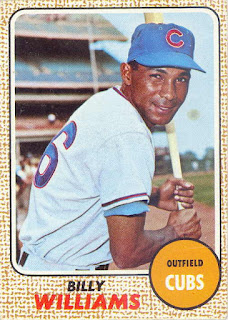 The 2017 Heritage cards will have the 1968 burlap design.  Topps was very consistent with the elements.  The first name was always in black and the last name was red.  The team name circle was the same color within a team.  The Cubs (and White Sox) had the orange circle.

There was just one inconsistency with the design and that was with the burlap itself. Cards in series one had a larger burlap pattern, like what you see on the Billy Williams card.  Cards #1-109 have this pattern. 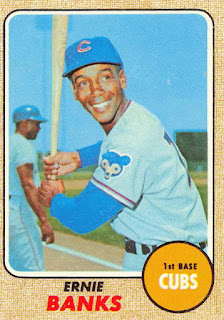 The rest of the set, #110 - #598 have a smaller, tighter burlap pattern.  I've never seen an explanation given for the switch.

The big question for 2017 Heritage is whether it will mimic the burlap switch.  Seems like they almost have to, since it was such a prominent element on the cards.  My only fear is that they'll do some contrived short print gimmick with the burlap differences. 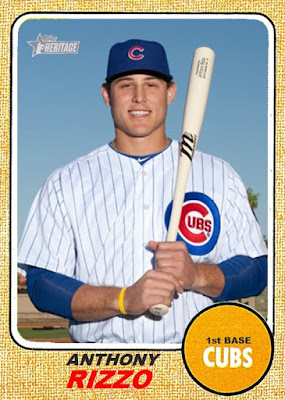 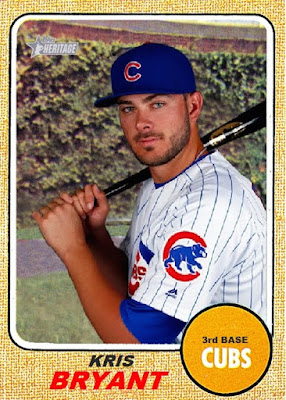 Here's a couple mockups of what a 2017 Heritage card would look like.  We'll see in 11 months how close I've come.
Posted by Wrigley Wax at 7:00 AM