The 1997 version of Bowman's best consisted of 200 cards, 100 each of veterans and prospects.  The Cubs ended up with eight cards, four vets and four prospects. 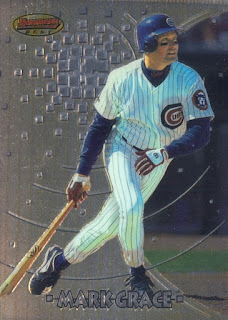 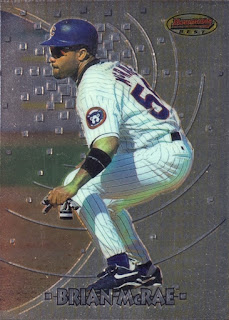 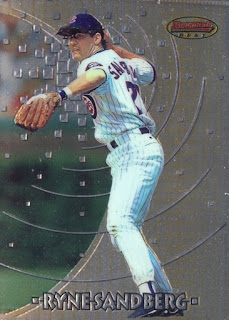 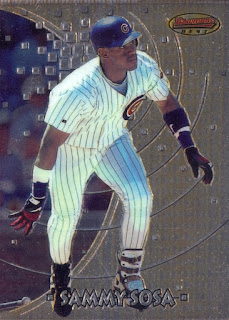 The veterans are the big three, Grace, Sandberg, and Sosa, plus Brian McRae. 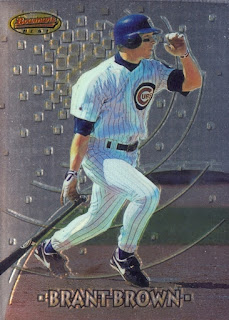 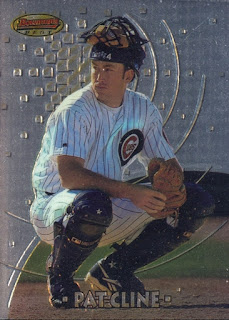 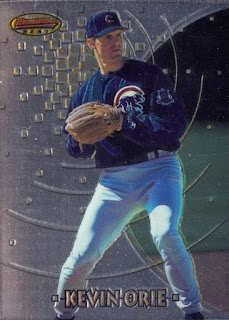 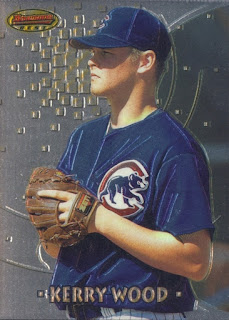 Topps was 1 for 4 with the prospects.  Kevin Orie was already in the '94 and '96 sets and he'd make another set the next year.  Four sets in five years -- they sure were high on him.  Brant Brown is most famous from dropping a flyball in 1998 and Pat Cline never reached the majors.  The only one of these that really made it was Kerry Wood.
Posted by Wrigley Wax at 7:00 AM