I just got these in yesterday and wanted to get them up ASAP since they are from the inaugural edition of Bowman's Best.

The first edition consists of 200 cards, divided into three groups.  There are 90 veterans, on red cards while the 90 prospects got blue cards.  The final 20 cards were called "Mirror Image" and included the picture of two players.

The cards came in packs of four cards for five bucks.  Over a buck a card in 1994 seems pretty steep.  I paid 18¢ for most of these at Sportlots. 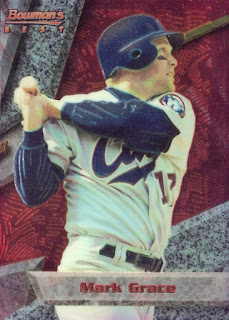 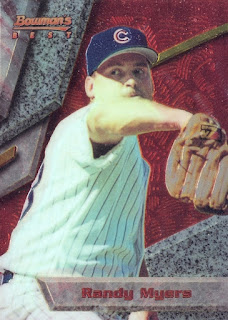 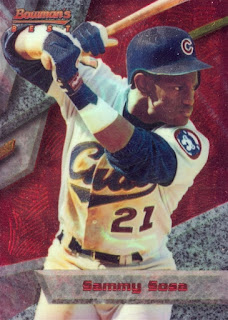 Here's the red Cubs, Grace, Myers, and Sosa.  They are pretty nice looking cards though I can't quite figure out what that background is. 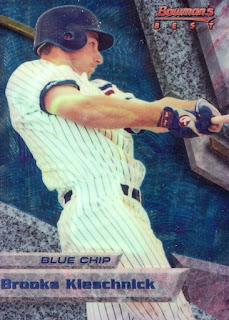 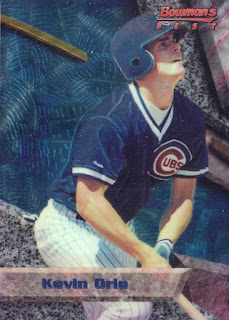 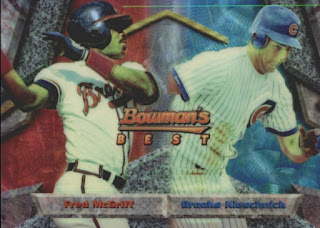 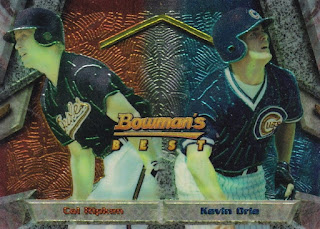 The Mirror Image cards have a vet on one side and a prospect on the other.  Those Cubs prospects didn't quite match the careers of their veteran counterparts.

Cal Ripken on the same card as Kevin Orie..... ouch!