I planned to do this last week, but somehow forgot.  Sorry Oscar.

Oscar Gamble passed away a couple weeks ago.  Much was written about his playing days and his hair.  Not much was said about his early days. though.

Yes, Oscar was one of the 1969 Cubs.  He was just 19 years old (the last teenager to play for the Cubs) and played in only 24 games, but he was on that memorable team.  He was traded to the Phillies after the season and then his career really got started, but it did start as a Cub.

There is just one card that shows him as a Cub, 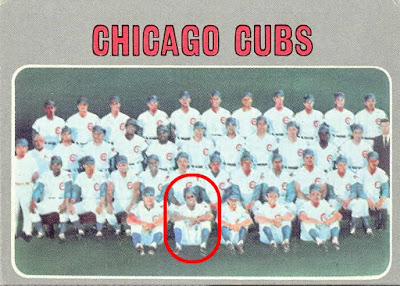 Not satisfied with that, a while back I created a 1969 Topps card for him. 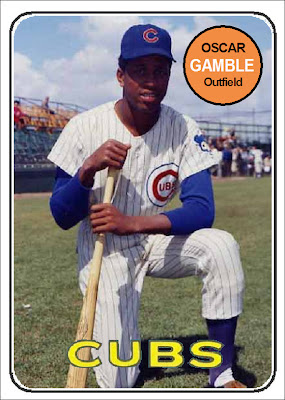