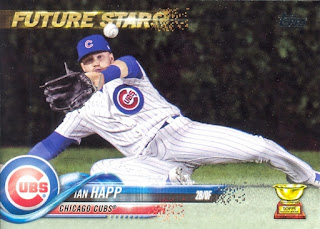 Not only was Ian Happ's card the lone one to show ivy, but it also has a rookie cup.

Happ was the Cubs #1 pick in the 2015 draft and it was a bit of a surprise that he made it to the majors so quickly.  He came to the majors in May and stuck around for the rest of the season.  He hit .253 and blasted 24 homers.

He made the Topps All-Rookie team as a second baseman, but he played just 44 of his 115 games there.  More of his time was spent in the outfield and that's probably where he'll play in 2018.

Happ becomes the 16th Cubs player to have a card with a rookie trophy / cup.  Here's a look at all of them: 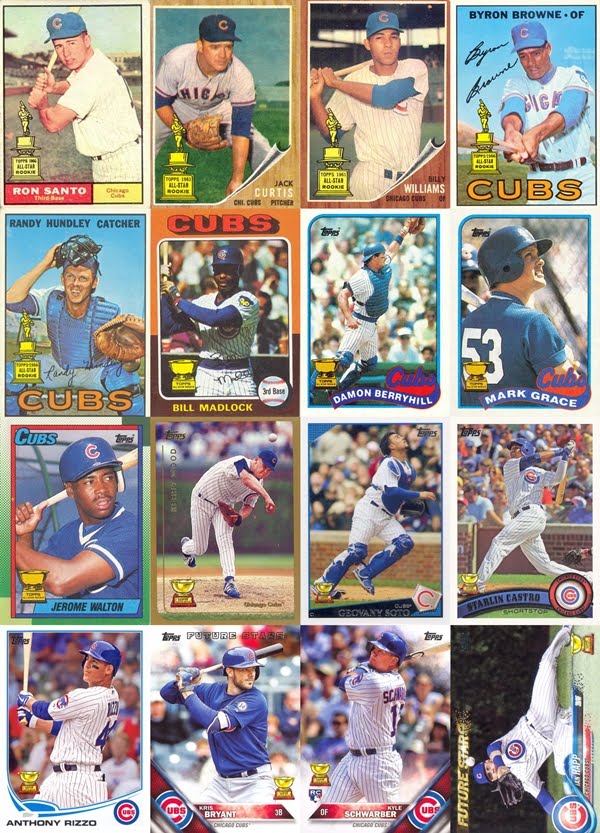