Thank You For the Extra Eyeballs

One of the top benefits of writing this blog is all of the extra eyeballs it gives me.

I live in a town of 10,000 people and there aren't too many baseball card collectors among the 10,000.  The nearest card shop is at least an hour away.  I have very few opportunities to talk cards with anyone around here.  But this blog gives me the chance to not only talk cards, but to get advice and direction from fellow collectors.

Case in point:  Last week I had a post about my autographed card collection.  My rule is to have at least one certified autograph for each Cub that had a certified autograph issued during a season in which they were active with the Cubs.  I thought that my Nomar Garciaparra auto was my last, but I also asked for help--was I missing anyone.

I was.  In fact, it looks like I was missing six different players.  Your extra eyeballs were a great help...and an excuse to go shopping!

First, I had to clean up my list a little.  I had Bill Madlock included, though his card was from well past his years with the Cubs.  He came off.  Same thing for DJ LeMahieu--his only active season with the Cubs was 2011 and the autograph cards for him are from his minor league days.

Of the additional six, five were easy to find...three on ebay and two from Checkoutmycards.  The hard one is of Kosuke Fukudome.  He's got an autograph from Upper Deck Timelines 2008, but I've never seen one....let the quest begin

Here are the five easy cards.... 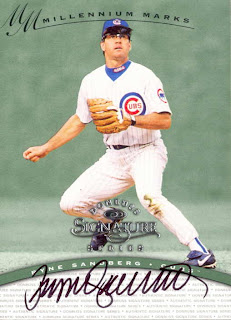 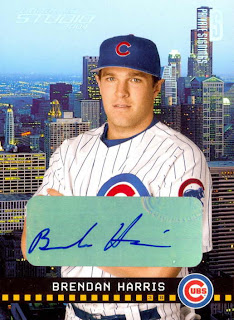 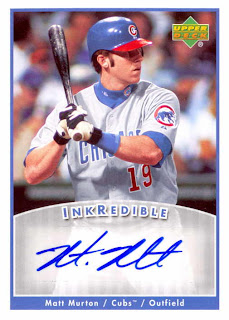 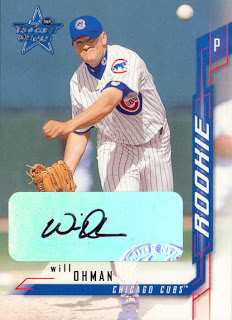 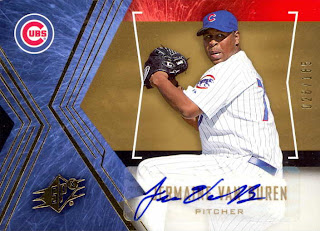 ....and four guys who won't even get a sniff of Cooperstown

My new updated list is below.  All right you extra eyeballs, am I finished now??