I recently picked up an oddball Ernie Banks that set me back all of 79¢. 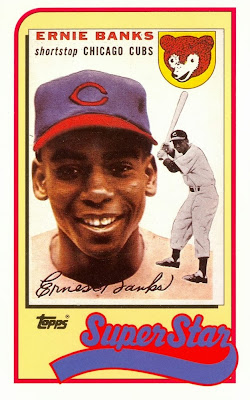 And the reason for the big sized card? 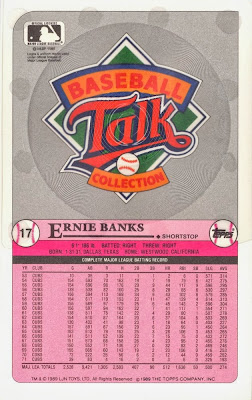 Because the card can talk...or at least it was supposed to.

Every so often the card makers have the lame-brained idea to combine old school cardboard with modern technology.  A couple years ago Upper Deck put out video cards....they bombed.  Eleven years earlier, they put out the Power Deck set, 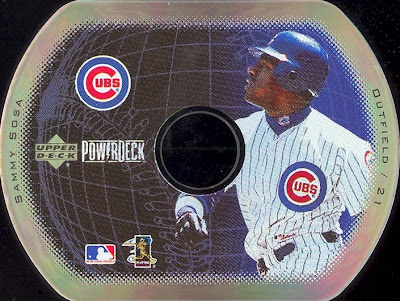 which had cards that were CD-ROMs.  That idea went no where.

And in 1989, eleven years before Upper Deck's CD-ROMS, Topps put out a set that featured technology one step behind the CD----records. 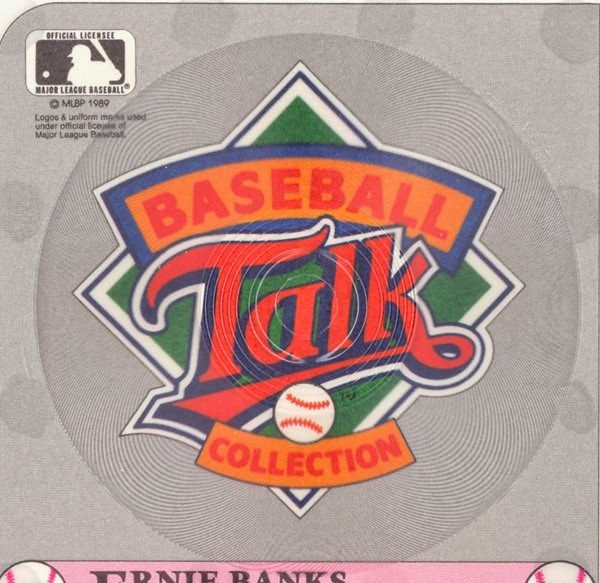 The Baseball talk set cards had a small plastic record on the back that could be played on a special player that was sold separately.

The only problem was that the thing didn't work too well.  Stores were flooded with broken, returned players and the cards became nearly worthless.  Topps had plans to expand the line into other sports, but those plans were shelved.

Maybe its just old-school, get off my lawn you rotten kids me talking, but I don't think that there is any technology that will ever replace baseball cards.  Cards are both visual and tactile.  There's something to be said about holding the card in your hand.

Technology has yet to reproduce the feeling of cardboard.