I was able to pick up one of the two Vine Line postcard sets that I'm chasing.  The set I got was the George Brace set from 2003.  George Brace was a long-time Chicago photographer.  He took pictures at both Wrigley Field and Comiskey Park from the 1930's through the 1990's.

The Cubs picked eight of his pictures for this postcard set.  All are from the 1930s except for the Ernie Banks picture.  The back of the postcard describes what is going on.  Good for George for documenting what he was capturing.  So often old pictures have nothing telling us what we are looking at.   Not with these. 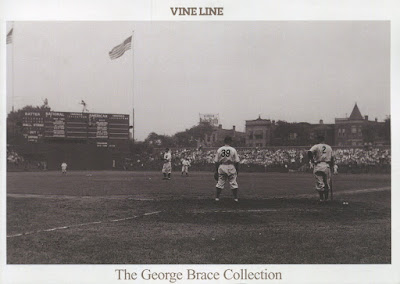 Opening Day, 1937, the last Opening Day with the old bleachers. 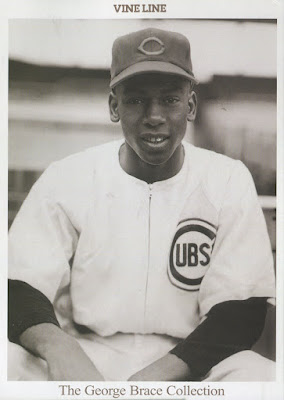 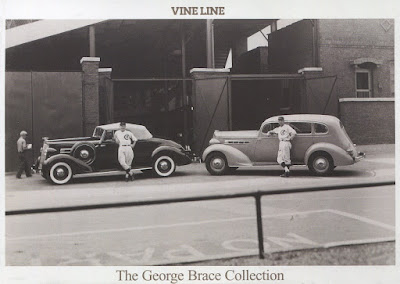 Woody English and Augie Galan show off their cars 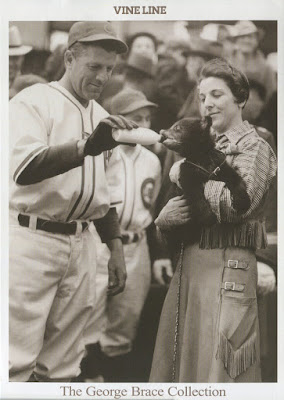 Charlie Grimm with an actual cub. 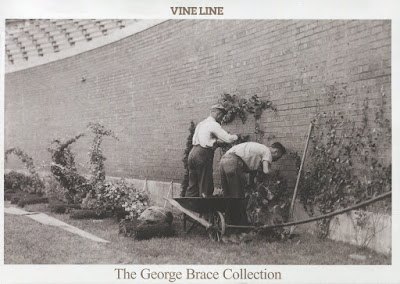 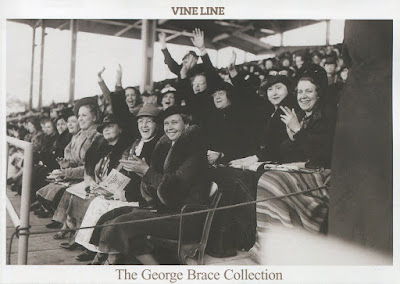 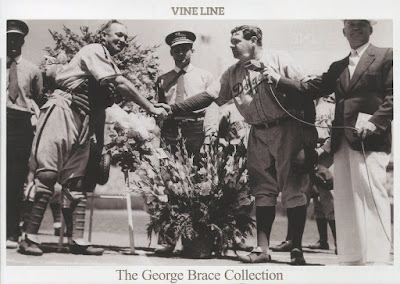 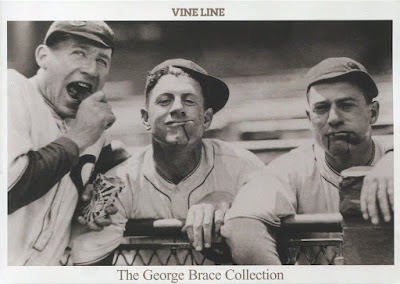 Zach Taylor, Charlie Grimm, and Charlie Root have some fun with a bag of chewing tobacco.