The Cubs were supposed to open the 2020 season today, taking on the Brewers in Milwaukee.  Sadly, that is not happening and it looks like we won't see baseball for a while.

Since Opening Day is postponed, I'll have to settle for Topps Opening Day.

The 200-card set came out a couple of weeks ago.  Nine Cubs were on the checklist.  Of the nine, seven were in Series One, so we already knew what their cards look like. 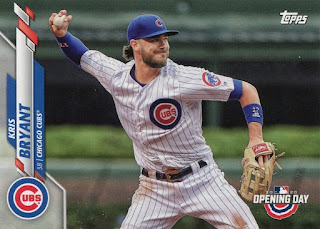 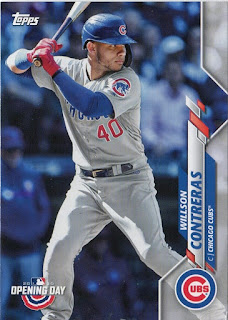 Bryant and Contreras were not in Series One, and Opening Day gives us a preview of what their cards will look like when Series Two comes out on June 10. 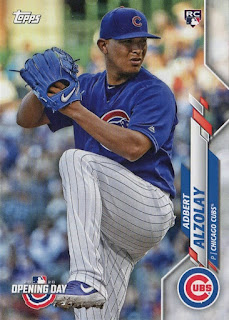 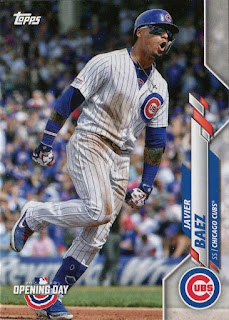 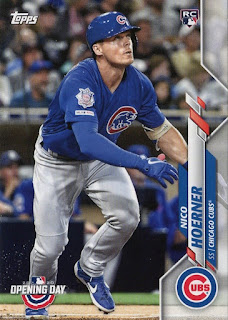 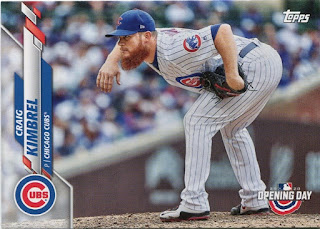 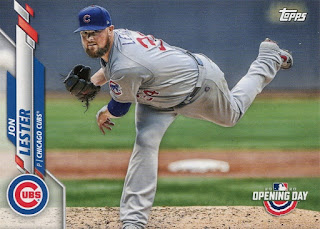 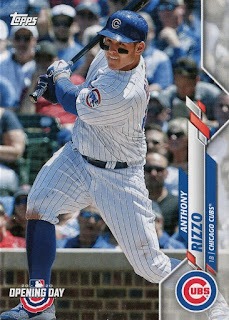 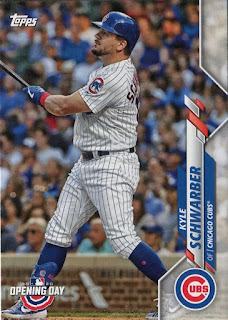 These are the guys we've seen before.  The cards are identical to Series One.  Some years in the past there were different pictures used in Opening Day, but that hasn't been the case lately.