I recently added a second record album (read about #1 here) to my Cubs collection, and it set me back all of five bucks. 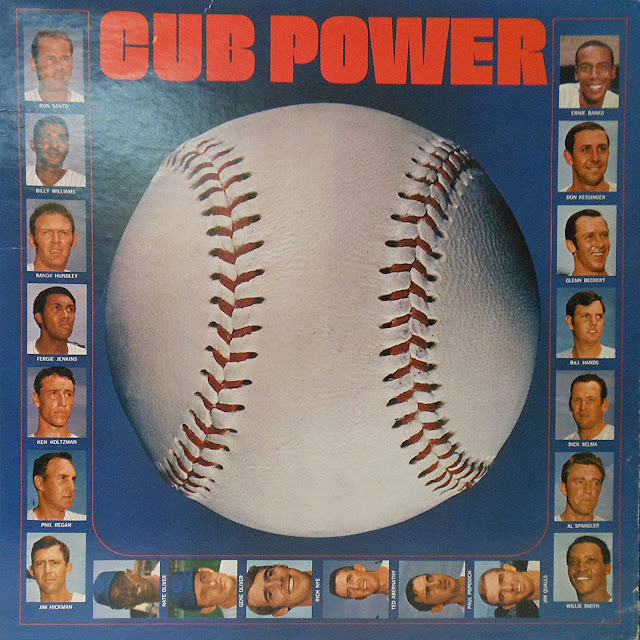 The album was recorded in July of 1969 and released about a month later.  It features all sorts of 1969 classics.  There is a rendition of Take Me Out to the Ballgame done by almost the entire team.  An eight minute bit features pitcher Dick Selma and the Bleacher Bums doing some cheers.

Two songs are done by the Cubs trio of Gene Oliver, Nate Oliver, and Willie Smith.  They sing Pennant Feeling, which is a baseball version of "That Loving Feeling,"  and an original song, Baseball, Baseball.

The hit of the album is "Hey Hey, Holy Mackerel" which became the Cubs theme song for 1969 and many years following.  "Hey Hey" was the home run call of TV announcer Jack Brickhouse while radio play-by-play man Vince Lloyd used "Holy Mackerel" when a Cub player went deep.

You can see on the cover that almost all the players on the team were included.  The team did catch some flack when they made the album since there was still almost have a season remaining.  Outside distractions like this are one of the reasons cited for the team's September collapse. 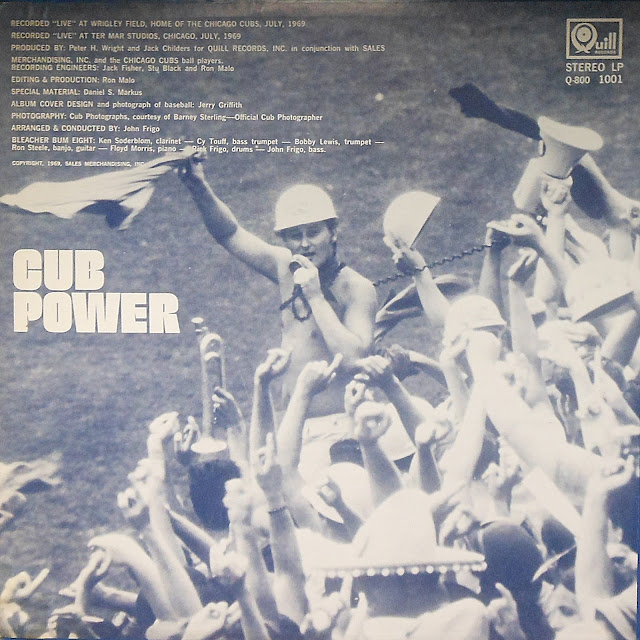 On the back is a picture of the Bleacher Bums.  I don't know if all of them were included.

I'm thinking that the record people weren't into baseball much. 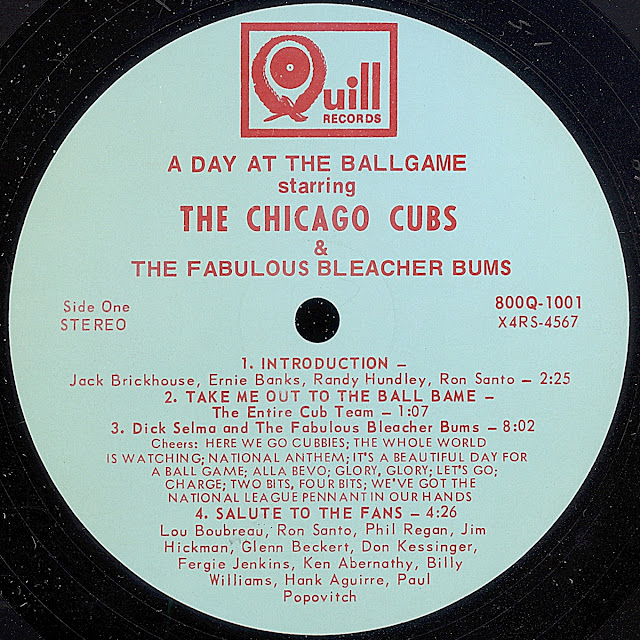 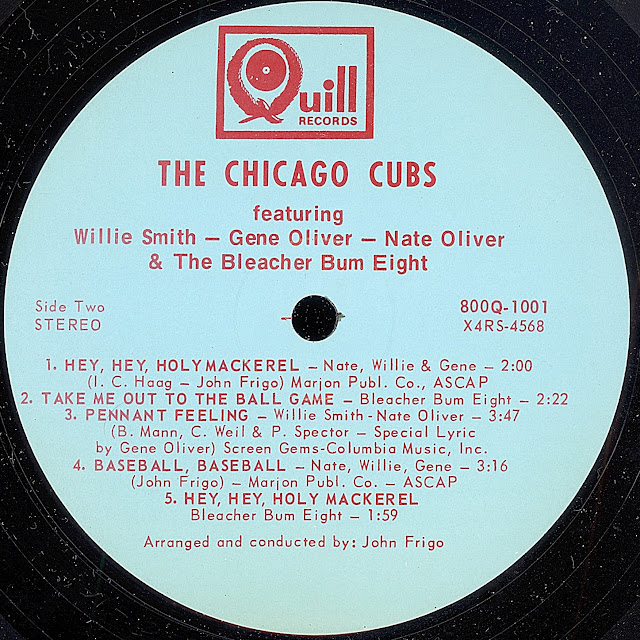 They got everything correct on the flip side.

The arranger and conductor was a pretty famous jazz artist, John Frigo.  His obit here is an interesting read.

As I did with my other Cubs-related album, I've digitized this one and burned a few CDs.  Let me know if you'd like a copy and I should be able to send one your way.
UPDATE: I have no more CDs to send out, but you can access the MP3s here, download them, and burn your own CD
Posted by Wrigley Wax at 7:00 AM