A couple days ago my This Day in History set arrived. Its a nice 75 card set that features a player and a historical event that happened on the date (but not the year) the player was born. I think I could bring this set to my classroom and let the kids read through the events. Then I can write the set off as a professional expense! Two years ago I had the states sets in the room and that got a lot of use as they were learning their states and capitals.
It's interesting that the small player card on the front is not the same as the base Ginter card. It's a different design and a different picture. I almost think I like the design of these mini-cards better than the real things!
Four Cubs were included in the set. That's down from the six in last year's National Pride, but still much better than the states set, which shut the Cubs out. The shut out honor this year goes to the A's. Several teams (Blue Jays, Cardinals, Giants, Indians, Padres, and Pirates) had only one player, but the A's were completely ignored.
Here are the four Cubs, plus the event featured on the card 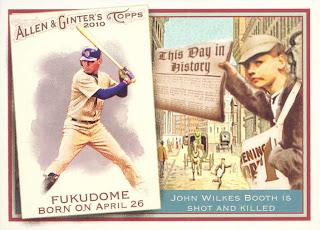 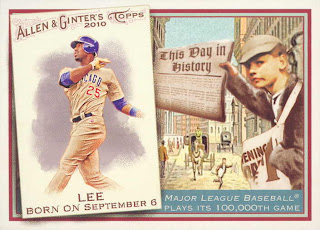 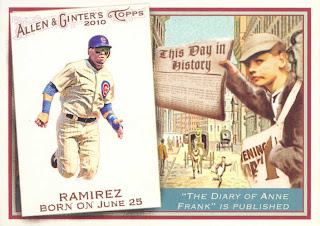 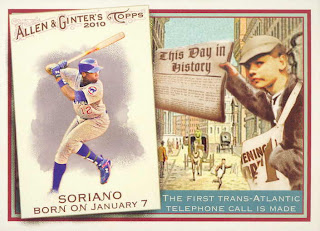 Alfonso Soriano, January 7, 1927...The first trans-Atlantic phonecall is made, and the Harlem Globetrotters play their first game.
Posted by Wrigley Wax at 9:00 AM