The Series Two Checklist showed three Cubs in the Home Run Challenge insert.  They are the same three that were in Series One, Bryant, Contreras, and Rizzo.  I dutifully chased the three and got them 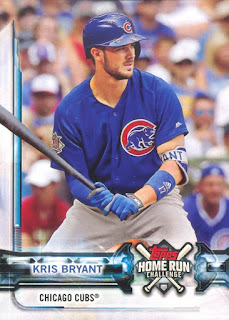 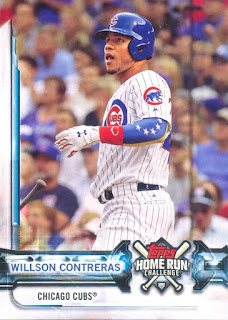 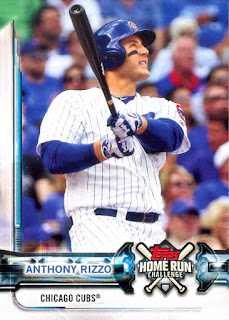 Now that I have them, I feel duped.

The Series Two cards are identical to the ones in Series One.  Same picture, same card number, same Topps code -#CMP028552.   I don't think that there is any way to tell the difference between the two series.

Knowing what I know now, I wouldn't have bothered picking up these three.
Posted by Wrigley Wax at 7:00 AM