In 1977 Burger Chef hired MSA to produce a nine player disc set for 24 teams (the expansion Mariners and Blue Jays were skipped over).  The discs were part of a cardboard Funmeal tray.

The discs have a copyright date of 1976, but they were produced after the '76 season was over.  The Standard Catalog listing for them uses the date of 1977.  You would assume that they were made in late 1976 and distributed in 1977.   The big tell for this is the Bill Buckner disc.  He was traded to the Cubs in January, 1977. That made the 1976 copyright either clairvoyant or wrong.
The disc look pretty much like other MSA discs from the era.  They are the same size as the smaller Wiffle discs, which also have a 1976 copyright.
No numbering was used on them, so they are often numbers in alphabetical order by teams.
Since each team got nine players, there are some in this set that didn't appear in any other MSA disc sets.  These are the one and only disc for Bill Bonham, Rick Reuschel and Tarzan Joe Wallis.  Bonham and Wallis didn't deserve another disc, but Reuschel was the ace of the staff in the late '70s. It surprising that he didn't show up in any other sets. 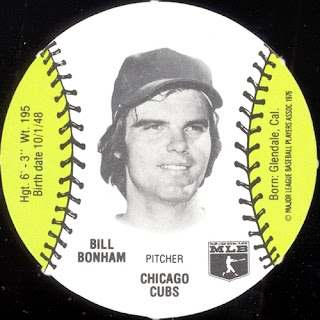 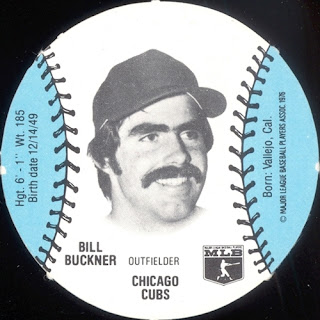 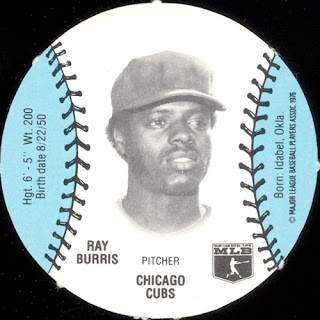 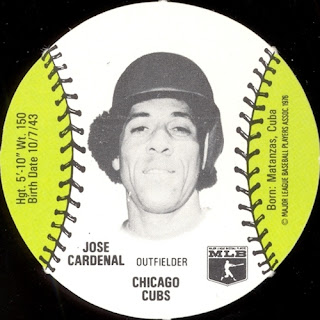 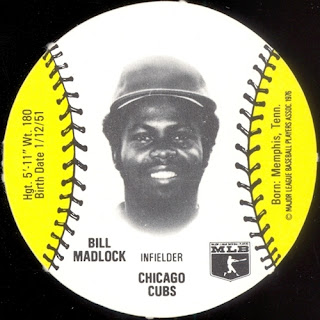 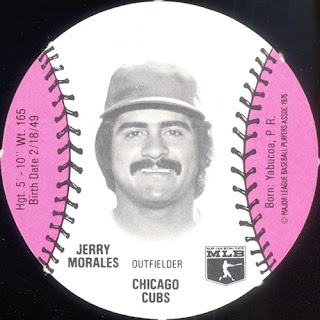 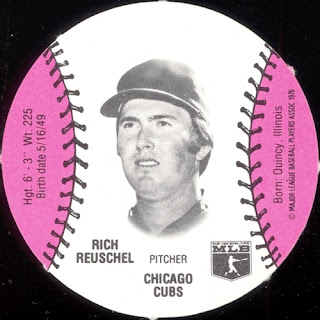 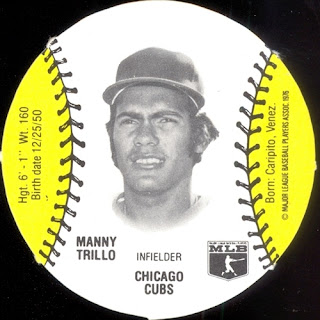 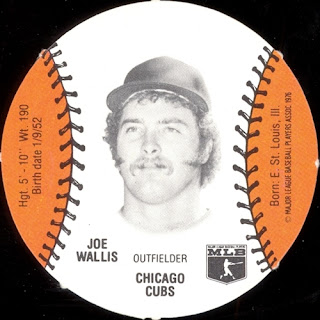