Cubs players have cards in four of the 2021 Archives insert sets. 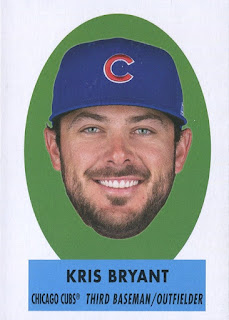 This is from the Peel-off set and it is a total train wreck.  The card is numbered 69PO-14 because Topps quality control forgot that they came out in 1963, not 1969.
But that's not the worst part.  They are called peel-off because the 1963 originals were stickers that you had to peel off the backing.
But these peel-offs aren't peel-offs. They are not stickers, just a regular cardboard card.  How lame is that?? 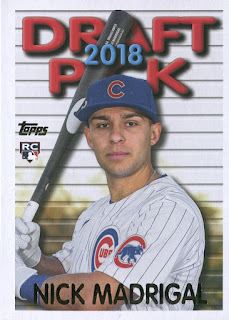 This is a total Photoshop job since Madrigal was injured when he was traded north from the White Sox.  He has yet to set foot on the field in a Cubs uniform. 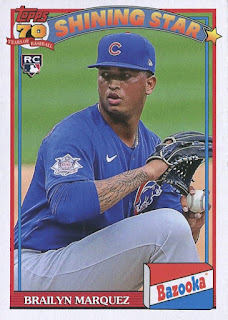 Of course we can't have a set in 2021 without a card or two of Brailyn Marquez. 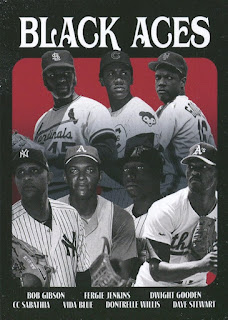 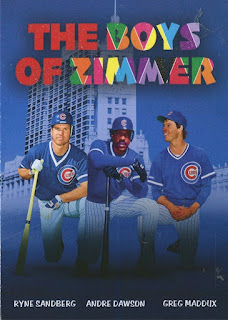 These are from the best insert set in my humble opinion.  It an original idea of making fake movie posters.  The building the background of the Boys of Zimmer poster is the Wrigley Building.  It would make more sense if the Tribune Tower was back there instead, since the Cubs were owned by the Trib in 1989.
Posted by Wrigley Wax at 7:00 AM