I've been filling in some holes in my National Baseball Card Day sets and I've got the 2016 Cubs completed.

The set consists of 49 cards given away at the first Baseball Card Day, held in 2016.  Packs of six cards were given away free at hobby shops on August 13.   The was also a 50th card, but you had to make a purchase of $10 or more to get it.  That special card was of the NL's reigning Rookie of the Year, Kris Bryant.

In addition to the Bryant card, there were four other Cubs. 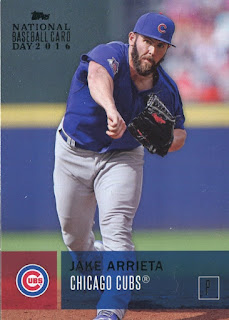 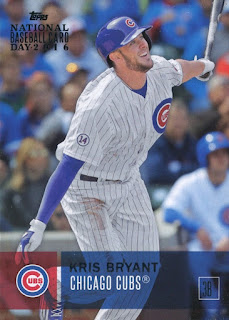 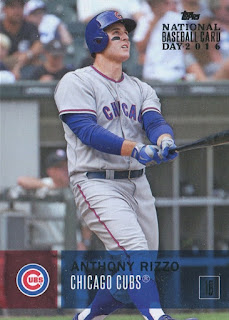 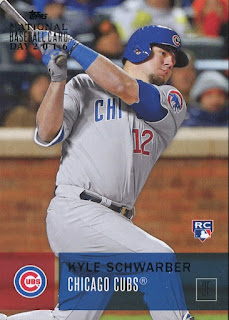 It was a bit surprising to me that Schwarber was included.  He got hurt in the second game of the year and missed the rest of the regular season.