There are five Cubs prospects in the Top 100 Bowman insert set.  That's more that I thought that there would be.  The only team with more one the list were the Orioles and Rays with six.  The Pirates and Red Sox also had five like the Cubs.

The Cubs had six in the set in 2014 and five in 2015 when the team was loading up for the World Series run.  I hope that there will be the same result in a few years with this group! 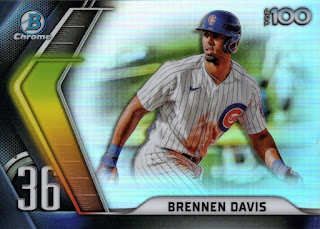 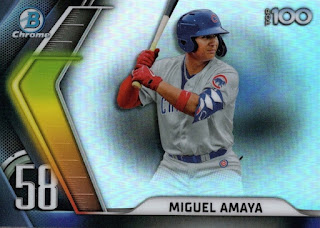 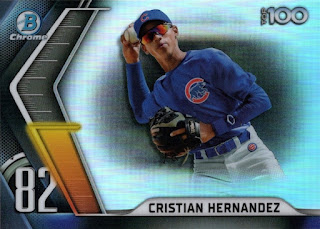 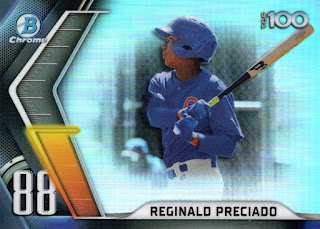 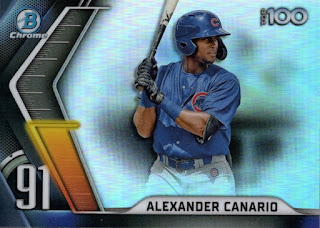