As had been its custom for the past few years, Donruss is made up of several subsets.  It starts with the 30 Diamond Kings.  They are followed by 50 rated rookies.  Next come the base cards, 150 of them  The set wraps up with 50 retro designed cards, this year's being the 1988 set. 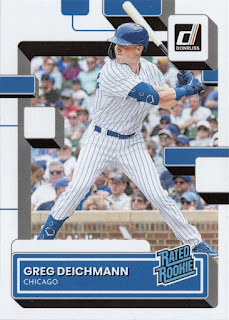 There is one Cubs rated rookie, Greg Deichmann.  Deichmann didn't make the team coming out of spring training.  He was released to clear a spot on the 40-man roster in April.  No other team claimed him, so he is now in Iowa as insurance.  That's not exactly a rated rookie as far as I am concerned. 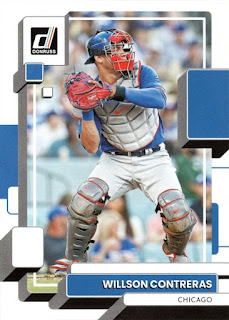 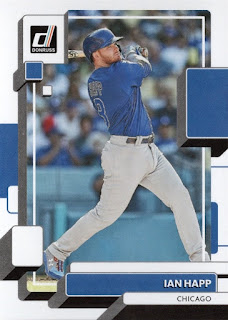 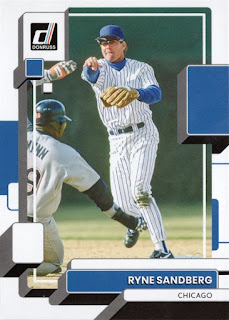 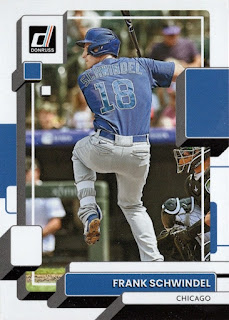 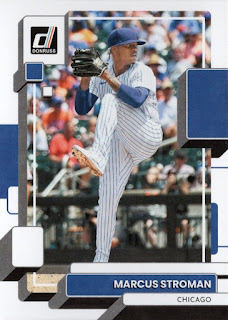 Five Cubs are in the base set including Ryne Sandberg. 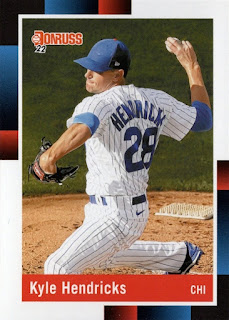 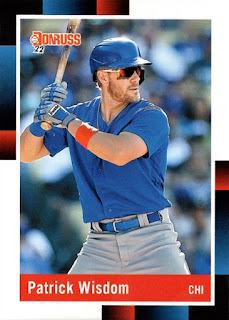 These are the last two Cubs cards, with the retro-1988 look. 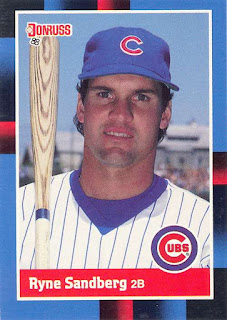 This is what the actual 1988 cards looked like.  I'm not sure why they made a couple of the corners white instead of blue.
Posted by Wrigley Wax at 7:00 AM