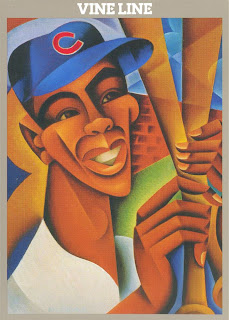 among the 280 Ernie Banks cards in last week's Tuesday tile.  He thought it was cool looking.  I'm guessing he'd never seen it before. Chances are most of you haven't either.  Until I saw the auction, the card was off of my radar.

It comes from an eight card postcard set the Cubs issued with their monthly magazine, Vineline, in 2004.  The artwork is done by Steve Musgrave.  He is a Chicago artist and a long-time Cub fan.  His work has been featured on a several Cubs programs and scorecards. 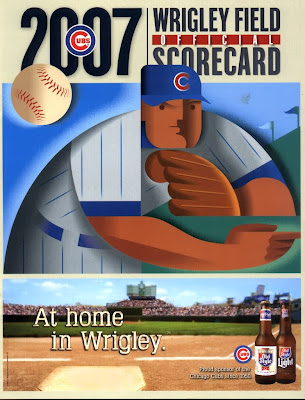 He also has a few of his pieces on display at the Addison Street L station.

Though several Vineline and team issued sets are listed in the Standard Catalog, these cards are not, which explains why I knew nothing about them.

The cards came out in 2004, the year the Cubs were going to go all the way.  They were close in 2003 and with the addition of Greg Maddux and later in the year, Nomar Garciaparra, it was finally going to happen.  Of course it didn't; they didn't even make the post season.

The cards feature several of the key players from that season.... 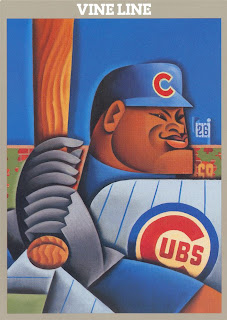 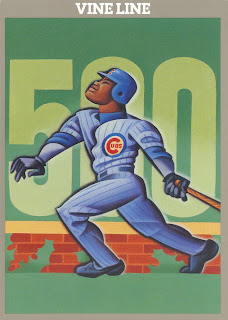 Sammy got two cards, including one that commemorates his 500th home run 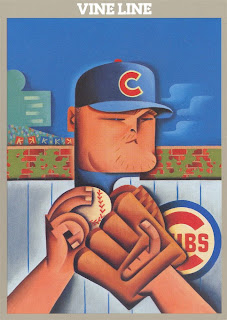 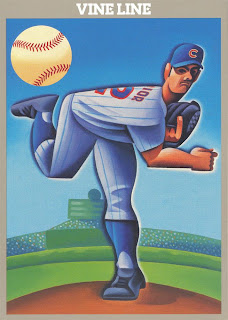 The two glass armed starting pitchers were included, too. 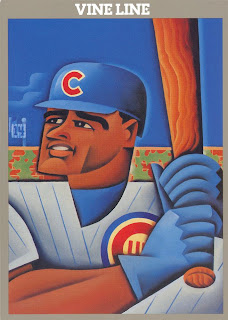 Corey Patterson missed half of the '03 season but came back in 2004 and had the best season of his career. 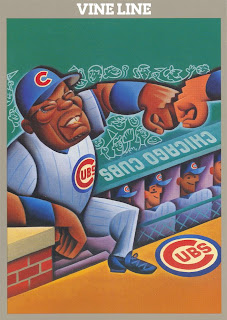 Dusty made the checklist, too. 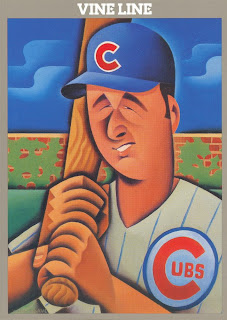 They're all nice looking cards that remind me of an ugly season.