Another Ginter Relic With Requisite Rant

Most of the hubbub about Ginter has died down by now, but not for me!

I've spouted enough about the Cubs relic nonsense, but just when you thought it was safe to go back into the water...

Nope, there are ten.

Since I was buying all my relics from one source, I didn't pay much attention to the checklist.  I knew that Carlos Zambrano as a Cub was on the list, and that disgusted me.  Topps wanted to really disgust me because there are two Zambrano relics.  Not two different jersey types on the same card; no, its two distinct cards. 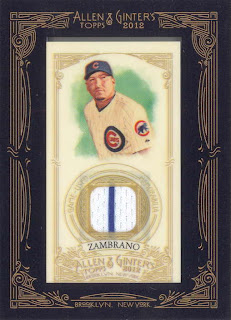 This is the one I had AGR-CZ 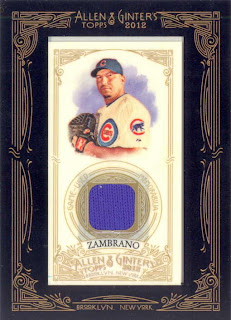 Zambrano isn't very good any more, he missed the last six weeks of the season last year because he's a head case, he gets traded during the winter...and Topps sees fit to give him two distinct cards.  That, my friends, is messed up!!

Finally, since I know you want to see what ten Cubbie relic cards look like, here you go 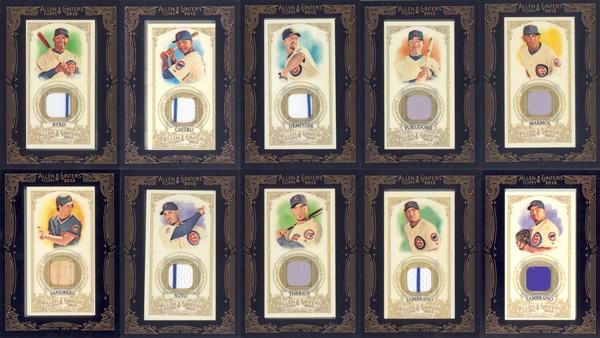