A few new additions to my Ernie Banks collection arrived, and all were bargains. 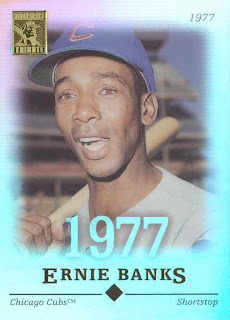 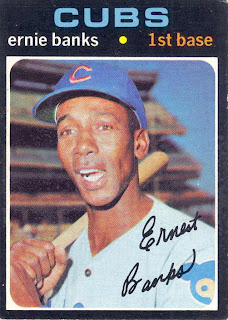 ....that Topps first used the picture on the card. 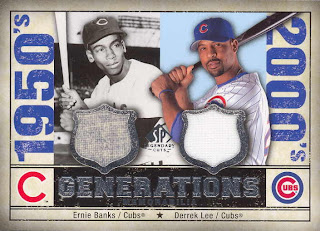 This beauty was a real steal, as I was the only bidder for it and paid $2.99.  How messed up is it when a card with two relics, one from a Hall of Famer and the other from one of the most popular Cubs over the last ten years, goes for only three bucks?  But then again, if it was much more I probably would have passed on it, so I guess I should just be quiet and take the bargain.

This is actually my second Banks/Lee card. 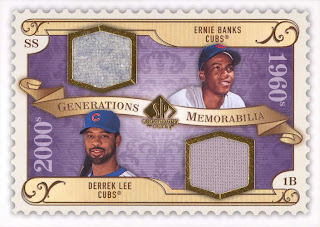 My final addition is from Nabisco's 1993 All Star Autographs set.... 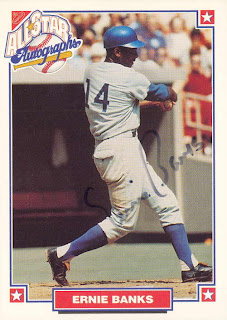 ...and it's got Ernie's autograph.  Nabisco put out cards of six players, and by sending in $5 and a proof of purchase, the card was yours.  Not a bad deal to get a HOFer's auto for only five bucks.  Nearly twenty years later, I paid six bucks....still a great deal!

The set was licensed by the MLB Players Alumni group, but not MLB itself.  Nabisco did a nice job of finding a picture that would minimize any logo removal.  The picture was taken at Three Rivers Stadium, which opened mid season, 1970.  Ernie's career was pretty much over by then, so I looked up how many career games he played at Three Rivers.  It was only five.  Of the five, how many were day games?  Four.  That narrows down the date to September 7, 1970, May 29-30, 1971 or September 6, 1971.  That's the best I can do. 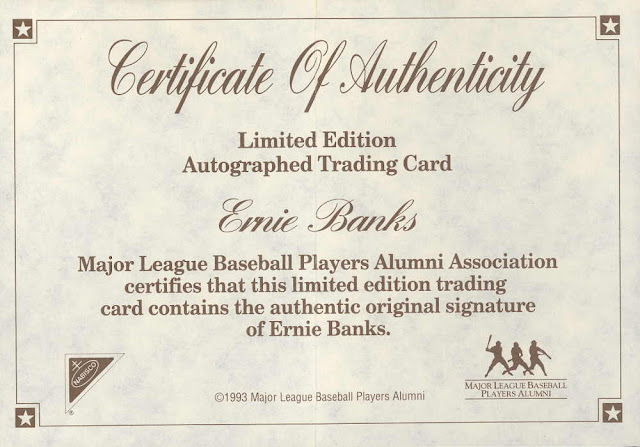 In case you doubt the authenticity of the autograph, Nabisco included a COA.
Posted by Wrigley Wax at 9:00 AM